Disability42 Government56 Web Exclusive38
The veterans issue has raised the visibility of the needs for people with disabilities and diversity and inclusion practitioners need to be sure that...

I think that most would agree that of all of the global D&I issues, we have made the least progress related to people with disabilities. When you talk diversity in many countries outside the United States such as Brazil, China, India, and United Kingdom, the issue of disabilities is a key focus area. Let’s face it, historically, in the United States, D&I has primarily focused on women and people of color. While the US Americans with Disabilities Act (ADA) legislation was passed in 1990, experts and government officials agree there has been negligible progress.

However, here in the US, the topic is gaining widespread attention as over one million troops come home from the wars in Afghanistan and Iraq. It is estimated that 45% (double the number who filed claims after the Gulf War) of the 1.6 million veterans from the wars in Iraq and Afghanistan are seeking disability benefits from injuries suffered during their service. And as of June 2012, about one-third had been granted disability status. 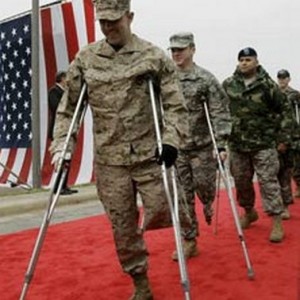 The unemployment rate for veterans with disabilities is 8.5% versus 7.5% for the general population. Walmart recently announced a plan to hire more than 100,000 veterans over the next 5 years to help reduce this rate.

People with disabilities is a global issue that will at last gain more attention not only in the US but around the world. In 2011, the World Health Organization (WHO), published the first-ever World Report on Disability indicating that more than 1 billion people worldwide have some type of temporary or permanent disability. Sponsored by the United Nations, the report concluded that few countries have adequate means to respond to the needs of people with disabilities who continue to face discrimination in many areas most notably employment.

The unemployment rate for Americans with disabilities is nearly double that of people without disabilities at 13.7%. Additionally their rate of labor force participation was 20.3%, while the total for workers without disabilities was 69.1%. Adding to the problem during the recession some state budgets included cuts to health care, to personal attendant services hours, to state cash assistance, transportation services, and to affordable housing programs. Although many of the cuts may not appear to affect employment, many services are critical supports that people with disabilities rely on to remain self sufficient.

As in the US, according to the United Nations, in most developed countries the official unemployment rate for persons with disabilities of working age is at least twice that for those who have no disability.

• The veterans issue has raised the visibility of the needs for people with disabilities and diversity and inclusion practitioners need to be sure that they are adequately equipped to address these issues in your organizations.

• There is additional pending legislation in the US that you need to watch. The Workforce Investment Act (WIA) of 1998, that was designed to provide a streamlined system of assistance to integrate many employment and training programs through a one-stop delivery system for employers and job seekers, was up for reauthorization in 2011 but the vote has been postponed indefinitely. The U.S. Department of Labor proposed a new rule that would require federal contractors and subcontractors to set a hiring goal of having 7% of their workforces be comprised of people with disabilities. Business groups oppose such legislation, believing the goal is largely unachievable pointing to the federal government’s inability to achieve its own hiring goals.

• The Social Security Administration (SSA) has long-established work incentives that allow Supplemental Security Income and Social Security Disability Insurance beneficiaries to earn income without risking loss of benefits while working toward a future occupational goal. The problem is agency personnel and service provider agency staff, as well as beneficiaries, remain relatively unfamiliar with the Plans for Achieving Self-Support program and the Benefits, Planning, Assistance and Outreach program. For these types of programs to have any widespread or lasting impact, greater awareness and education is needed. The private sector may be able to help with education and raising the visibility.

• Are there best practices from around the world that can be replicated? For example The Equality Commission in Northern Ireland launched a publication in September which highlights the practical steps local employers are taking to boost employment opportunities for people with disabilities.“Showcasing Disability Best Practice” gives practical examples of how employers are breaking down barriers, both in recruitment and in retention, of employees with disabilities.

Clearly, this is a global D&I dimension needing much more attention and in 2013 and beyond it will be much higher on the list of key diversity priorities. 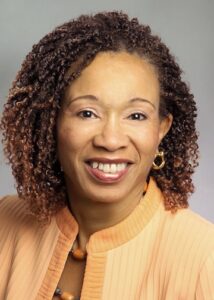