Q&A with Joey Amato, Nashville-based founder of Unite Magazine, OUTreach Public Relations, and a syndicated travel columnist for OutDestinations. Amato is a member of...

Q&A with Joey Amato, Nashville-based founder of Unite Magazine, OUTreach Public Relations, and a syndicated travel columnist for OutDestinations. Amato is a member of Nashville’s GLBT Chamber of Commerce and active in the city’s charitable organizations.

How did you develop your businesses? 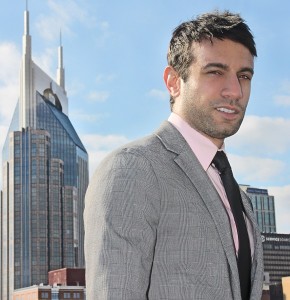 I got my start in publishing straight out of college, working for a lifestyle publication in Orlando. At around the same time, I began working in various aspects of public relations and event planning. Every job I have held in the past decade has been centered on either publishing or public relations. After being laid-off during the beginning of the recession from a PR company in South Florida, I received a job offer from a new publication in Fort Lauderdale called South Florida Gay News. The publisher, Norm Kent, had previously published a successful gay newspaper, so I thought I would join the team. He gave me my start in LGBT media. A year later, I was recruited to become Associate Publisher of OMG! Magazine, a lifestyle publication that was distributed throughout Florida, Atlanta, and Nashville. That publication stopped printing in late 2011, which is when I decided to form my own PR company called OUTreach.

What was the impetus for starting them?

I found there was demand in the marketplace to focus my business on this specific niche. A lot of corporations have begun LGBT initiatives, so I thought the timing was right. Plus, there are maybe only a handful of other PR companies in the country specializing in LGBT campaigns.

Has it been difficult being in the “most anti-gay” state and being a gay businessperson and owning openly gay companies?

Luckily, Tennessee is anti-gay, but Nashville as a city is very friendly and welcoming. We just featured the Mayor of Nashville in the latest issue of Unite Magazine. He was eager to be a part of the publication and he is extremely supportive of LGBT-owned businesses and the community as a whole. I haven’t experienced an anti-gay feedback from anyone in Nashville or Tennessee for that matter, it just so happens that our state legislature is quite backward thinking.

Is the need for LGBT media relations growing?

I think the need is growing because the LGBT market is a difficult market to reach and it takes a lot of time and effort to reach the market properly without making it seem like you are just trying to reach into their wallet. Being in that segment for as many years as I have, I have cultivated relationships with many editors from various publications around the world who are willing to help promote my clients and projects. Furthermore, as more and more celebrities come out as gay, I think the demand for celebrity-focused LGBT relations will increase. Additionally, the market as a whole is increasing.

Why did you choose to live in Nashville?

I had visited Nashville a few times before I decided to relocate. There is something about the city that just makes you feel welcomed. And we sure have had a ton of positive media attention recently—Conde Nast, The New York Times, Bloomberg, and others have voted Nashville one of the top cities in the country. Plus, the television show Nashville sheds a spotlight on what is happening here in the music business. Nashville is definitely not what a lot of people think it is. People don’t walk around wearing cowboy hats—it is a true world-class city, with big business and tons of entertainment. There is always something to do here, and a lot of celebrities, not just country music stars, call Nashville home.

When did you start these ventures?

I began OUTreach public relations and OutDestinations in late 2011 and just formed Unite Magazine this year. We published our first issue in March and print every other month. Our new issue came out earlier this month, which features Rod Stewart, Suze Orman, and of course, the Mayor of Nashville, Karl Dean, who I mentioned earlier.

Do you have anything else to add for our readers?

The most important thing to do in any business is know your market. Know who you are talking to and know what they want. If you understand this, then your chance of succeeding in any business will increase.