Q&A with Female Entrepreneur and Founder of Tribe, Inc.

Entrepreneur19 Leadership51
Elizabeth Cogswell Baskin is president and CEO of Tribe, Inc., an internal communications firm that works with national and global brands like UPS, Coca-Cola,...

She is also the author of several books, including Run Your Business Like a Girl, a study of female entrepreneurs. She has created several products for business owners and other professionals, including the How To Build Your Brand With Social Media deck of Starter Cards and an iPhone application, Start Your Own Company, which was ranked in Apple’s Top 10 of paid business apps. 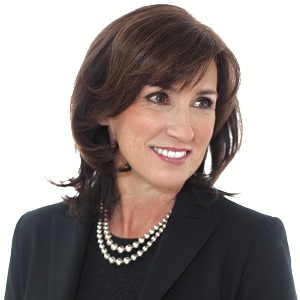 Here she shares advice for female entrepreneurs on how to become a leader and succeed.

What does it take to become a female leader?

Just like men, some women make good leaders and some don’t. However there are some major differences in the way women lead. In extremely broad stereotypes, men try to dominate and women try to connect. That makes for very different leadership styles. Men often tell stories to prove that they’re better than other people; women share their experiences to show how they’re the same.

What do you think are the best ways to encourage and assist women to become leaders (e.g., education, mentoring)?

The great thing about the young ones is that they assume there are no barriers between them and top leadership roles. That’s progress. The downside is that there are still some gender issues in the workplace, and young women may not have an awareness of them. For instance, men are much more likely to negotiate a salary than women. Management may not be intentionally paying women less, but if she accepted a lower starting salary than her male counterparts, the guys are going to start out ahead, and that gap is likely to widen over the course of their careers. One of the things older women can do is nag their younger colleagues to ask for more. Ask for more money. Ask for a promotion to a more challenging role. Ask for more high-profile assignments.

What would have helped you become a leader sooner, if you’d known about it/experienced it early in your career?

I was very aware early in my career that there was so much I didn’t know. I assumed the people at the top had all the answers. Then one day a decade or so down the road, I was in a meeting with a bunch of older guys in neckties, trying to figure out how we could win a particular piece of business. Surely they had done this before, but they were sitting around scratching their heads like it was the first time they’d ever pitched an account. It occurred to me at that moment that none of them were any smarter than I was. That was the beginning of me deciding to start my own company, which is one of the fastest ways in the book to learn how to lead people.

What, in your opinion, are the top qualities of women leaders?

Women leaders tend to spend more time nurturing their employees than testing their mettle. This is particularly important for gen y underlings, who crave support and feedback (preferably positive) at every turn.

Women also rely on their intuition and will often base business decisions on a gut feeling. They may then look at the data to make sure the facts support that decision, but sometimes you have to make decisions without much information to go on.

Women tend to be more empathetic than men and more sensitive to the nuances of communication. A female leader is more likely to pick up on subtle cues regarding how an employee is faring and also to have an intuitive feel for whether a potential hire is right for the team.

What are the differences in male and female entrepreneurs?

Women are more likely to start a small business as a way to create flexibility for themselves. Particularly women with young children see entrepreneurship as a way to control not how much they work, but when and where. They may spend the afternoon helping with homework and then go back to their computer after the kids are in bed. They also may be doing business calls from the bleachers of their daughter’s soccer game. It’s an eat-your-cake-have-it-too thing because they get to be at the game and also get work done. I remember a friend telling me about a hugely important business call that she had to take while she was driving a car full of six little ballerinas. The kids were kind enough to shut up for ten minutes, and she got to close that deal while she was carpooling to dance class.