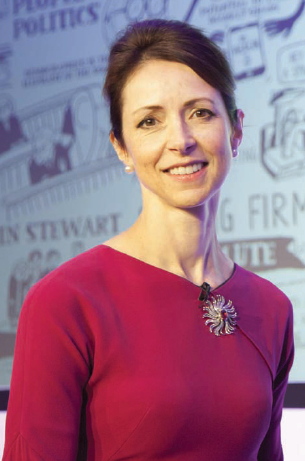 I see diversity as a core talent issue—not as an ‘add-on’. Newton has always believed in diversity of thought, in diversity of perspective. We have a team approach to managing money with no one person having a monopoly on good ideas. Building a powerful team is about creating something much, much greater than the sum of individuals.

I believe diversity is absolutely integral to Newton’s investment process. Managing people within an active fund management firm is an art, not a science—these are talented and opinionated professionals and their diversity is but one facet. The key is to manage well, making everyone comfortable to be themselves and to flourish.

The experience of founding and leading the 30% Club—a group of Chairmen voluntarily committed to better gender diversity on boards, and now at all levels of organisations—has taught me the power of effective leadership. I had previously run a women’s network—the events were well-attended and the feedback great, but nothing seemed to change in terms of actual proportion of women at senior levels.

In November 2010, the 30% Club launched, led by seven chairmen of FTSE-100 companies; 12.5 percent of directors of FTSE-100 boards were women. Today, we have 76 chairmen supporters and 20.4 percent female representation on FTSE-100 boards. It’s not just the accelerated pace that’s changed; the nature of the discussion has moved away from this being considered a ‘women’s issue’ to being a central business issue. The key ingredients have been strong and visible championing of the issue by established business leaders, the collaborative nature of the approach, and the numeric target—NOT a quota, but an aspirational goal. What’s also exciting is seeing the way this has now become not just a conversation about boards, but about sustaining a meaningful change in business culture.

The message I hear loud and clear from people, both within my own organisation and more broadly, is that everyone wants to be well managed: with clear goals, fair appraisals, and honest and constructive feedback. More underrepresented groups will fulfill their potential if we get the basics right, and leaders can be enormously influential in emphasising how important that is—and ensuring this is understood throughout their line management, not something that is the preserve of specialist HR or diversity teams.