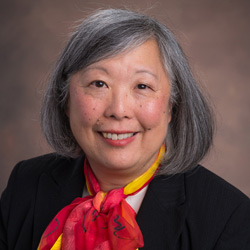 What You’d Be Surprised to Know about Me

While taking a college course in archery, I was approached to train to try out for the U.S. Olympic team. I was flattered to be asked, and I enjoyed the sport, but was not willing to make it that kind of priority.

I believe my greatest strength is that, in a group, I am a very active listener and have an ability to synthesize a number of disparate thoughts into a concise summary of agreements and disagreements. This enables me to work with teams to encourage collaboration, to move agendas forward where there is agreement, and be sharp about identifying issues and drive to resolution.

Early in life, my parents were my strongest supporters and gave me the confidence to believe that I could become whatever I wanted to be, even if it might be in a less traditional discipline. As I became established in my career, I had the benefit of a boss and an executive coach who inspired me to not just do a job, but become passionate about what I do. I chose health care because it was an incredibly challenging and fascinating area where I believed I could make a difference and affect many people in a positive way at times when they were most vulnerable.

Everyone operates with a set of filters that are formed based on interactions we have all through life. These filters come into play in every way we process information, and they can prevent us from seeing or hearing important input that would help us arrive at objective decisions or judgments. The “model minority” myth is just another filter that can be blinding. It is really difficult, if not impossible, to eliminate these filters, but we can be sensitized to the fact they exist and careful not to jump to conclusions. When I was in college, I met a friend’s parents for the first time. After they expressed surprise at how well I spoke English, their first question to me was whether my family owned a LaundromatSM. So I work every day to make sure people get to know ME as a person, not who they assume me to be.

It is difficult to choose the most important, but one of the most important lessons I’ve learned is that I control a lot more of my destiny than I thought I did. Spending my career in the insurance industry, which does not have a lot of female or minority executives, and as an actuary, which is a highly technical field, it would have been easy to be pigeon-holed as one who provides only technical support. I found I was good at developing and working with teams that were often cross-functional, and create a vision of what I wanted to accomplish. These abilities enabled me to create and expand roles I was given, which led me to become a broad general manager and then, an executive.

I would encourage people to be open-minded about where their career may take them. Develop a broad skill set that includes good communication, team building through trust and collaboration, and a readiness to pursue opportunities that present themselves. Then, be ready to make that next role your own.

I don’t know if it is my absolute favorite, but I am fond of an Oscar Wilde quote:

“Be yourself; everybody else is already taken.”