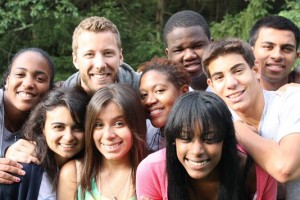 Students during Lead for Diversity, Summer 2013

Sixty years ago this May, a unanimous decision made by the U.S. Supreme Court in the case of Brown versus Board of Education acknowledged the inequality of separate educational facilities for blacks and whites. Two years later, Los Angeles area teens attended the first Anytown USA—a diversity awareness and human rights camp created by the National Conference for Community and Justice (NCCJ) and designed to help students address the desegregation of their school system. Replicated across the country, Anytown made its way to New Jersey in 1995 where the American Conference on Diversity partnered with the NCCJ to offer the camp to teens in that state.

In 2006, New Jersey’s Camp Anytown became Lead for Diversity. Modeled on Anytown, but led by the American Conference on Diversity, the original goal remains: To bring together students from diverse communities to spend a week living together and learning from one another. This past summer, the yearlong program opened with a “leadership week” summer retreat attended by students and advisors from 24 charter, public comprehensive, magnet, private, and vocational high schools from across the state to prove the value of diversity, educate and empower leaders, and promote inclusion and respect in schools and colleges. 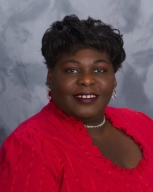 President and CEO Elizabeth Williams-Riley has been with Lead for Diversity since 1995. “Over the years, I’ve seen the program’s focus transition from harmony to social justice. It still generates the utopia it was originally meant to create, but now it’s done with hard skills in communication and leadership, supporting a greater success and unity.”

Students spend the week identifying opportunities to apply their awareness through preparing action plans to bring back to their school faculties and student body. These plans range from small campaigns to school-wide actions and reform. “Every community has different issues. Their action plan is specific to their school. They discuss and workshop their separate stories,” says Gail Zoppo, media relations consultant for the organization. Students are advised to set realistic goals they are comfortable working through with their peers. Williams-Riley says, “We tell them not to bite off more than they can chew, but to think about their role on campus, such as a sports team or club, and utilize their resources.”

“We value human capital in the process of building more inclusion,” Zoppo says. The camp focuses on more than race and gender, spanning even to socioeconomic issues. “There’s a point in time where adults become fearful of talking about these things, but kids haven’t reached that threshold yet. They talk about it unfiltered, and open up about themselves.”

Williams-Riley and Zoppo agree that the inclusive environment of the Poconos-based camp welcomes campers and takes them away from the pressures of high school and their regular surroundings. “Discrimination is passed down like anything else. When we disrupt these patterns, we create new ideas.”

Though camp only lasts seven days, the Lead for Diversity initiative is a yearlong process, which marked its halfway point in January, with a follow-up group meeting where students showcased their transitions from awareness to action and brainstormed new skills to apply.

Despite all the work the American Conference on Diversity has done, recent reports show that New Jersey has some of the most segregated schools in the nation—something Williams-Riley says is more a reflection of the socioeconomic disparities of the various communities than of its schools. “As long as people live in homogenous neighborhoods, it’s going to lead to the same in the classroom.” She goes on to explain that Lead for Diversity’s greatest challenge is not being able to provide for every school across the state. Although schools may continue send students year after year, individual students may only attend as campers once. However, former campers can—and many do—return as counselors in order to continue to share in the Lead for Diversity experience.

“Our role is to provide the opportunity to break barriers and mix the communities. We come together to work on issues that matter to everyone.” Williams-Riley believes the key to cultural growth is viewing our differences as assets, not liabilities, and advises us to, “Step out of your comfort zone and see the world through a difference lens. This could mean reading books, going to cultural events, or having difficult talks with individuals of different backgrounds. People want to feel safe, confident, valued, and appreciated. Encourage others.”

NJ Natural Gas has been a corporate sponsor of the American Conference on Diversity for more than 25 years. Director of Customer and Community Relations Tom Hayes, explains why they choose to support Lead for Diversity: “I’ve gone myself and spent the day at camp to see it firsthand. One of the exercises I watched had the campers stand in line while the advisors would say things like ‘step back if you’ve ever been bullied,’ or ‘step back if you’ve felt alone.’ At the end, you had some students who didn’t move at all, some who were seven steps away. It brought participants to tears, seeing what others have gone through and realizing how lucky they, themselves, may have been. It was moving for those of us just watching, as well.”

NJ Natural Gas supports over 1,700 organizations in their community. “We engage in the community where we think we can help, and we choose to do our part with Lead for Diversity because there are not many companies focused in this way. It’s not just about race; its religion, sexual orientation, income… Anything you can think of that makes us different is celebrated, not mocked or judged. We want to do our part to help them as partners and neighbors, not just sponsors. I believe this is truly the type of program that every school in the country should participate in. If people understood each other and appreciated their differences, we could make this a better place to live.”