It’s Not Always Racist…but Sometimes It Is 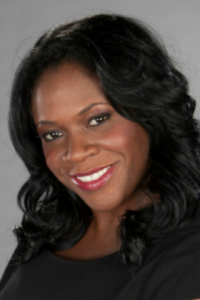 Dr. Dionne Wright Poulton earned her doctorate in adult education at the University of Georgia where she researched the racial biases and attitudes of teachers. Her work was inspired by her own past experiences as a high school teacher and university instructor.

At an event connected to the My Brother’s Keeper initiative last week, President Obama lamented that young black people are often told they are “acting white” when trying to achieve success and properly speak English.

“Sometimes African-Americans, in communities where I’ve worked, there’s been the notion of ‘acting white’ … where, OK, if boys are reading too much, then, well, why are you doing that? Or why are you speaking so properly? And the notion that there’s some authentic way of being black … that has to go,” said the President.

Partisan commentators immediately responded that, in effect, the president doesn’t know what he’s talking about. They even suggested that the phenomenon is not noteworthy enough for him to mention.

“I identified with the exchange… having been accused of ‘acting white’ while growing up,” said Dr. Dionne Poulton, author of the new book It’s Not Always Racist…but Sometimes It Is. “Some of the whites didn’t accept me because I was black, and some of the blacks didn’t accept me because I spoke proper English and was therefore supposedly ‘acting white.’”

“That is the most dangerous part of racism,” Poulton said. “Not when someone else thinks an untrue thing about you—but when those thoughts are hammered into you again and again so often that you don’t even recognize when you are being affected by them. You can catch yourself thinking like someone else.”

Which brings us to the bigger question, as well as the subject of Poulton’s book: What exactly is racism?

There’s a difference between the preconceived notions we may have about others on the basis of their gender, class, weight…or race…and the incendiary word racism, says Poulton, and the two should not be equated.

“We all harbor biases and we all judge people based on race.”

So what is the difference between racism and racial bias? Are they really that dissimilar?

According to Poulton, the word racism is harder to strictly define than many would think. When inaccurately applied, an accusation can muddy relations between races. The end result causes injury to the reputations of innocent people and, simultaneously, changes the nature and precedence of our public conversations and ultimately protects the real racists who should be the focus of public outcry.

In her book, Poulton breaks down many incidents involving public figures that have made racial gaffes and shows whether the incidents have racist qualities to them or are merely examples of ill-considered expressions of bias. Poulton insists that this is a conversation that we must participate in to improve conversations happening in today’s society.

“For example, in virtually all of our public forums, we have a practice of harshly and negatively reacting to every incident related to race without thought for whether or not our reactions are justified. As a consequence of this reactionary response to such incidents, we automatically come down hard on racial offenders and then immediately shut down all reasoned conversations about race—until the next incident. Then the cycle begins again.”

The only way to repair the damage and prevent further harm, she says, is to clear up this confusion and to engage in ongoing, open, and honest dialogue.

Learn more about Dr. Poulton’s work and the book Its Not Always Racist…but Sometimes It Is at http://www.drdionnepoulton.com.