New Talent for our National Parks: The Student Conservation Association

Government56
By Alanna Klapp Diversity may not be the first thing that comes to mind when you think of the National Park Service, but there...

Diversity may not be the first thing that comes to mind when you think of the National Park Service, but there is a long history of few minorities visiting national parks or working in the conservation and environmental fields. The Student Conservation Association (SCA) and its diversity coordinator Alvi Seda are working to change that. 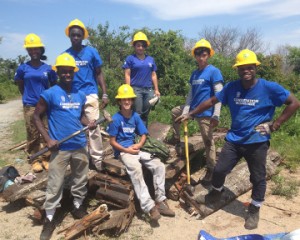 Founded in 1957, the SCA is a national organization whose goal is to create the next generation of environmental leaders. The SCA provides high school and college students with opportunities to serve in all 50 states. The organization is also working to bring more diversity to the national parks by running a number of diversity initiatives. Alvi Seda, the SCA’s recruiting coordinator for diversity Initiatives, plays a key role in recruiting the talent needed to run these programs.

A genuine love of the outdoors and open spaces led Seda, who is originally from Puerto Rico, to pursue a career working in nature. His first project with the SCA and the US Forest Service progressed to more seasonal opportunities, a full-time recruiting position, and his current role as diversity coordinator. He travels in the US (typically the southeast) and Puerto Rico and visits colleges, career fairs, conferences, and expos, many with black and Hispanic populations, to recruit students for SCA programs. “I make sure we have candidates and representatives from all different walks of life in the United States,” Seda says.

NPS Academy is a partnership between the SCA and the National Park Service that trains minority college students for careers in conservation fields through internships. Since the program began in 2011, almost 300 students have participated. Students participate in a week-long orientation in the spring and then in summer internships in various locations, such as the Great Smoky Mountains.

The CDIP is a partnership between the SCA and the US Fish and Wildlife Service. Founded in 2009, the program works with minority college students to place them in SCA internships and on an eventual career path. “This program is focused on diversity and bringing in students from ethnically and culturally diverse backgrounds,” Seda says. After an orientation, students do a summer internship with the Fish and Wildlife Service.

In 2012, the CDIP received The Wildlife Society’s Diversity Award. The CDIP has a high rate of transitioning students from interns to full-time employees with various agencies within the National Park Service. “Every time one of those students gets hired, it’s another step forward and that’s as good as diversifying that work force,” Seda says. 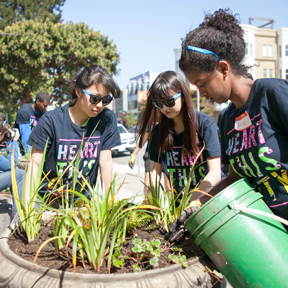 The SCA’s inner-city programs serve students between 15 and 19 years of age. Held in such areas as Washington DC, Detroit, and Chicago, students attend week-long summer sessions in wilderness areas, and receive environmental education and training. The goal is to start students in this program, help them move into a continuous level of service via internships as college students, and then, to full-time employment.

In the summer of 2014, the SCA worked a record nine Native Alaskan crews. The program has grown in the last few years to include SCA staff and a recruiter in Alaska. “There’s a big focus on engaging Native American communities from that region to programming,” Seda says.

During the summer of 2014, an all-Navajo crew worked at Canyon de Chelly in Arizona. This is a smaller program that works with the Native American population. “It engages them on a national level to do conservation or land management …,” Seda says.

Seda says SCA programming centered on diversity is all inclusive. Staff members enjoy the amount of diversity present in the crews they lead, and the diversity of the students and employees enriches the experience for everyone. “When we’re able to bring students from a across the US together in a magical place to learn environmental education, all those ideas being expressed by different cultures and backgrounds really unleash the learning environment,” Seda says. He adds that this is one reason the SCA is so focused on diversity.

Seda says working with the SCA and seeing students grow into various opportunities has been extremely rewarding for him. “Anytime we connect with these populations and bring more people in, it grows exponentially,” Seda says. “We’re getting more and more diverse representation in our programming and national parks.”

Seda thinks people are getting away from the idea that global warming is a myth, and everyone needs to be aware of responsible environmental management. That increased awareness will lead to more opportunities for people who want to get into conservation fields and work on solutions. The SCA and its diversity programs help foster careers for people who perhaps wouldn’t come to them any other way.

To learn more about the SCA and its diversity programs, please visit http://www.thesca.org/.