Protas named President of the Board of National LGBT Bar

Marshall, Gerstein & Borun LLP is pleased to announce that partner Jeremy Protas has been selected to serve as President of the Board of Directors of... 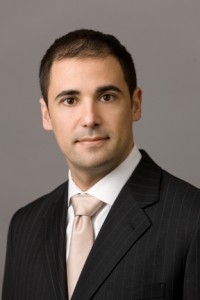 “It’s an exciting time to be involved in the leadership of the LGBT Bar Association.  The legal landscape for people in the LGBT community is changing for the positive more quickly than ever before, and our members include many of the attorneys that are helping bring about that change,” said Protas.  “I’m looking forward to helping the organization find new ways to support our members and the LGBT community at large.”

Diversity in the legal profession and community involvement are important to Protas. He actively contributes to Marshall, Gerstein & Borun’s diversity and pro bono committees, and participates in the Firm’s marketing and community outreach efforts, particularly in the LGBT community. Protas joined the Board of the Directors for the National LGBT Bar Association in 2010.

Protas was selected for inclusion in the Illinois Rising Stars® list in 2014, which features outstanding young attorneys in the state of Illinois, and received recognition as one of the Minority Corporate Counsel Association’s (MCCA) 2013 Rising Stars. In 2012, he was named one of the Best LGBT Lawyers Under 40 by the National LGBT Bar Association.

In 2009, Protas founded the Jeremy D. Protas LGBT Patent Law Scholarship.  The scholarship aims to raise awareness of patent law among lesbian, gay, bisexual, and transgender law students, in furtherance of the goal of increasing the number of LGBT lawyers in the patent law community.