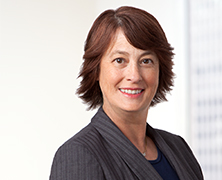 This Axinn Counsel Brings the Perfect Blend of Science and Law

Stacie Ropka began her career in the field of biology, having received both a bachelor’s and a master’s degree in endocrinology from DePaul University. She worked at Northwestern University, and then SUNY Upstate Medical University, as a research scientist in the fields of neurology, virology, and immunology, while also earning a PhD, with distinction, in microbiology and immunology. During this time, Stacie taught and engaged in original research, primarily on the role of immunity in motor neuron disease. Presenting her research findings at numerous scientific conferences and in several peer-reviewed journals, she contributed significantly to the field of biology.

“Making the leap from scientist conducting experiments at the bench to lawyer providing legal advice was challenging,” said Stacie. “The subject matter might be the same but each side uses a completely different vocabulary. Becoming proficient in both provided me with a career niche as translator.”

“Do not let others define you.”

Stacie has served on the trial team for several patent lawsuits involving major pharmaceutical companies. She also provides extensive support for product development efforts relating to biologics and reconstructive biomaterials, including products that make use of adult stem cells.

An active member of the American Bar Association, The American Society for Microbiology, and The Antibody Society, Stacie also volunteers her time with the Connecticut Technology Council, providing support that fosters a collaborative network of women scientists, engineers, and entrepreneurs. She remains up to date on scientific trends and technology, as well as legal developments, by regularly attending legal and scientific conferences.

First Job: Sales clerk at a boutique clothing store when I was 13

What I’m Reading: the Sherlock Holmes series and books by Kurt Vonnegut

The career advice I’d give my former self: Do not let others define you.

Never be afraid to start over and never stop learning. Don’t be complacent, shake things up. Be diplomatic, be tactful but do not let others take advantage. Have a good sense of humor.

…close my office door and discuss the project with myself, out loud. I find hearing the words to be effective in focusing my attention on the project at hand. It is also a good method for Identifying holes in a line of reasoning.

…from scientist conducting experiments at the bench to lawyer providing legal advise. The subject matter might be the same but each side uses a completely different vocabulary. Learning that has been one of my greatest challenges but becoming proficient in both provides me with a career niche as translator.

…initially daunting. However, I have had two careers in male-dominated fields and I have learned to leave gender outside of the workplace. I see myself not as a female lawyer but as a lawyer who happens to be female. And more often than not, others follow suit.

…likely inevitable but not necessarily fatal.

I wish I could say by leaving my work at the office – but I cannot. I have a career, not a job and careers are seldom 9 to 5. Whenever the moment presents itself, whether weekend or weekday, holiday or not, I take advantage of the downtime and take a car ride with my husband, work in my garden, read books that have very little to do with my career.