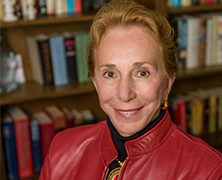 Educating the Next Generation of Nurses Is her Passion

After Andrea Lindell received her PhD in psychiatric mental health from The Catholic University of America, two hospitals extended job offers—director of nursing service and clinician. Instead, she chose a career as an educator and became one of the youngest nursing deans at the time in the United States.

“Be open to an unscripted journey.”

Four years ago, Andrea retired, but soon found she missed helping students learn and master challenging concepts, so in 2011 she returned to academia as a Walden University faculty member and director of its new online Doctor of Nursing Practice (DNP) program. After overseeing the launch of the doctoral programs in nursing and leading the initial accreditation process, she was named associate dean of Walden’s School of Nursing in 2012. She also facilitated a new accelerated pathway for RN-BSN-MSN and AGACNP program that increased enrollment and added staff and faculty.

“Being a woman in my profession has been self-actualizing—a process of choices,” says Andrea. “As a nurse, I provide care, health promotion and education. As a leader, I advocate for and mentor future nurses, faculty and deans. As an academic, I educate students and work with faculty to impact healthcare, including the development of nursing programs at Walden University.”

Licensed to practice as an RN in Ohio and Pennsylvania, Andrea is a past president of the American Association of Colleges of Nursing (AACN) and engaged in professional organization accreditation as an onsite reviewer for the Commission on Collegiate Nursing Education. She serves as a consultant for accreditation preparation and represents academia and nursing on the boards of two for-profit companies, including a Fortune 500 company. Andrea received the Sister Bernadette Armiger Award from the AACN for significantly advancing nursing education.

Words I live by: Treat others as you would like to be treated.

…self-confidence and a high degree of pride in herself and in what she’s doing. This is especially critical when building relationships, providing mentorship for others and making decisions. It becomes evident if a woman leader does not believe in herself.

Be open to an unscripted journey. You cannot plan every aspect of your career or you may miss important opportunities. Also, make decisions and comments based on logical reasoning and support as opposed to emotion.

…to find a way to finance my initial nursing credentials at the credit-based baccalaureate level as opposed to a hospital-based training program. It wasn’t an option for me at the time, so now I work on building nursing curriculum so adult learners who are in my shoes have the opportunity.

…work backward. I start at the end product and mentally organize the pieces, then process what is needed. I let it sit for a while, then return and further develop it over the course of a few hours, overnight or a couple of days or weeks, depending on the project.

…choosing an academic position over becoming a director of nursing practice. A hospital CEO told me I couldn’t be in both worlds. This formed my continuing stance to bridge the gap between them, advocating for strong partnerships as a dean and past-president of the American Association of Colleges of Nursing.

…self-actualizing—a process of choices. As a nurse, I provide care, health promotion and education. As a leader, I advocate for and mentor future nurses, faculty and deans. As an academic, I educate students and work with faculty to impact healthcare, including the development of nursing programs at Walden University.

…an opportunity to learn. I haven’t had many failures in my life or career because I work hard not to make mistakes, but I try to look at the positive and learn. Admit the failure and you will respect yourself more and earn respect from others.

…separating work from family life whenever possible. I am a voracious reader of non-industry books and remain very active outside of the house, whether it’s through daily walks, weekly dancing lessons with my husband, tennis, water skiing, camping or fishing. My grandchildren and their many activities also keep me active.

…after an impulse decision to become a nurse, a 4-year-old with a lacerated liver was placed in my student care. I saw and cared for her through my pediatric, surgical and critical-care rotations. I felt like I died when she died, but that’s when I knew nursing was for me.