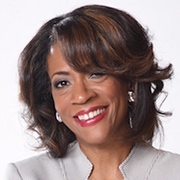 Over the past decade, Aflac has made significant strides in embracing diversity both in the United States and Japan. The Georgia-based company maintains a diverse workforce that continues to contribute to its success in the ever-changing global marketplace.

“The key to Aflac’s success is a willingness to strive for diversity of thought in everything we do,” said Aflac’s Director of Diversity and Employee Engagement Jo Anne Hill. “I am always looking through the diversity lens. But at Aflac, diversity has never been about checking off boxes; it is about approaching problems with a variety of perspectives,” she added.

Aflac has been repeatedly recognized for overall diverse representation, including its employee base, senior management, corporate board and suppliers. The company, which is comprised of 67 percent women and almost 40 percent minorities, has been a champion of diversity and inclusion since 2001 and continually expands the scope of its D&I initiatives to reflect the ever-changing global marketplace.

“The success of the company can be seen in our acknowledging differences by fostering an environment and culture in which we can show mutual respect and connection to achieve common goals,” Hill said.

EXPANDING OPPORTUNITIES FOR WOMEN IN JAPAN

An example of the company’s multicultural diversity efforts is Aflac’s increased collaboration endeavors between the United States and Japan. Aflac Japan, which recently celebrated its 40th anniversary, has recently been in the spotlight after expanding opportunities for women in the workplace, according to Japan’s Ministry of Economy, Trade and Industry.

“The greatest synergies will come as we work across time zones to create efficiencies and processes as well as cultivate new ideas to achieve business value,” Hill said.

Aflac Japan conducted its first Global Diversity Women’s Conference last year, where D&I initiatives from the U.S. and Japan were openly discussed and reviewed. The purpose was to increase awareness of the need for global diversity, particularly as it relates to advancement opportunities for women.

Aflac hosts a variety of D&I events for its employees, including the Women’s Tea, an event sponsored by its corporate Diversity Council. The event launched two years ago at its Georgia headquarters and is expanding this year to its satellite offices in South Carolina, New York and Nebraska.

One of its 2016 initiatives includes educating employees from Aflac’s satellite offices and new market offices, which consist of 60 offices with staff members who are part of the company’s workforce of nearly 10,000 people. “We want to ensure that they have a better understanding of diversity and inclusion programs and goals,” Hill said.

The greatest challenge the company has is engaging employees at all locations. One way they are turning the challenge into an opportunity is by hosting a companywide diversity meeting with the diversity representative from each of its locations, the corporate diversity officer and the Diversity Council.

The company, known for its whimsical duck advertising campaign, celebrated its 60th anniversary last year. Aflac is the leading provider of voluntary insurance at the workplace in the United States, and continues looking through the diversity lens in making great strides in increasing communication, collaboration and engagement.