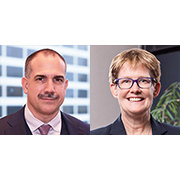 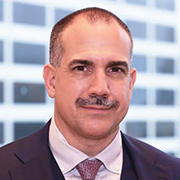 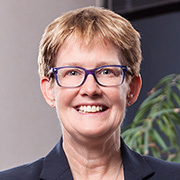 While consistently demonstrating a strong commitment to workforce equality, international law firm Dechert LLP is breaking new ground by expanding offerings to their LGBT workers around the world.

Building upon its strategies to increase diversity and inclusion, the firm is widening its affinity groups for underrepresented populations among employees in 26 offices in the U.S., Europe, Asia and the Middle East.

Among those groups, the firm’s LGBT affinity group is evolving into a global proactive force for change within the firm. The group oversees a popular mentoring program and actively participates in the firm’s recruiting efforts. It has flourished, along with the firm’s other affinity groups, with international chapters in London and Paris, and a calendar of meetings and outreach events.

“In terms of number and influence, our group is quite remarkable,” said litigator Dennis Hranitzky, co-leader of Dechert’s LGBT affinity group. He is known for his initiatives within the group alongside his colleague and group co-chair Katherine Burroughs.

The program launched in June and more than 130 employees have since signed on as LGBT Allies. “A key feature of program is that anyone at Dechert can identify themselves as an LGBT Ally, reinforcing the message that we – not just the firm as an institution but the individuals within it – respect diversity,” Hranitzky said.

Its LGBT Allies concept was founded together with a new intranet site dedicated to the program, and has become the latest in a series of Dechert endeavors to support LGBT representation in the firm. Each ally receives a decal for display as a visible showing of support for LGBT representation in the work environment. “Those partners, administrators and associates volunteered to serve as sounding boards for colleagues with concerns about lesbian, gay, bisexual or transgender issues in the workplace.”

Within the firm, LGBT employees are represented at every level of leadership and include several equity partners, a Supreme Court appellate lawyer, directors and managers, and a member of Dechert’s Policy Committee.

The program has a 17-member Diversity Committee and a Global Women’s Initiative comprised of the 43 women partners in the firm. Each group has several subcommittees and initiatives that include firm partners, associates and administrators.

“Dechert periodically surveys different populations within the organization to better understand their diversity and inclusion concerns. We also closely monitor statistical data to appreciate D&I trends,” Gonzalez said. “Our Diversity and Global Women Initiative have been instrumental in creating a climate of change at the firm and making real progress in our recruiting and retention efforts,” he added.