HP – Reinventing the Standard of Diversity 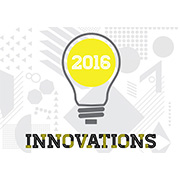 HP is reinventing the standard of diversity. In a demonstrated full-force commitment to a diverse and inclusive culture – the company is just getting started.

In just eleven months, HP has created one of the most diverse boards in corporate America; diversified its workforce; increased women at the executive level; called for improved diversity across the legal profession; and put out a worldwide message to employees, partners, suppliers and customers that HP is accountable for driving progress for a diverse and inclusive culture.

“Diversity is embedded into everything we do; everyone at every level is accountable for HP’s diverse and inclusive culture,” said Chief Diversity Officer Lesley Slaton Brown. HP is recognized for having the most diverse Board of Directors of any technology company in the United States. It is nearly 40 percent women and 23 percent underrepresented minorities.

HP is clear in its worldwide diversity message that diversity is a business imperative and its executive leadership team is at the helm of driving progress. Its corporate commitment to diversity includes thought, experience, race, ethnicity, gender, and perspective. It starts at the highest level of the company with President and CEO Dion Weisler, who is active in the mission and says diversity is the cornerstone and foundation for driving innovation, business results, engagement, talent and culture at HP.

The focus on diversity initiated toward the end of 2015 when HP was created from the Hewlett-Packard split into two companies: HP, the computer and printer business, and Hewlett Packard Enterprises, an enterprise focused product and service organization. HP started at the top with creating one if the most diverse boards in history. It also has a new executive leadership team that includes global citizens representing seven countries, with women in three of those top positions.

“We engage advocates and diversity thought leaders through of our new Global Diversity Advisory Board with charter to increase diversity and foster inclusion in order to impact business outcomes.” Brown said. “We are ensuring diversity isn’t viewed as just an action for HR, but it’s understood as a business imperative and part of all we do,” she added. The company’s driving message is tied to it strategies for BIG – Belonging, Innovation, and Growth.

With a slogan “We are the new HP,” company leaders continue disrupting the system to drive change. With revenues of about $57.3 billion, HP has applied a thorough intentional organizational design in the separation of its workforce worldwide. Shortly after the company split, HP increased women at the executive level by 4 percent. That number has continued to rise and today almost a third of HP leaders (director and above) are women.

Over the past year, HP has launched diversity and inclusion awareness campaigns with on line resources, webinars, videos, and compelling employee stories for global digital events and the company continues to merge diversity into all areas. The company is helping to drive business impacts through Employee Resource Groups around the globe. HP Inc. initially launched with 40 ERGs and in less than a year nearly doubled that number to 77 ERG chapters in 19 countries.

This summer, HP Chief Legal Officer and General Counsel Kim Riviera was one of three Fortune 500 general counsels who called on their outside counsel to closely scrutinize law firms’ diversity demographics and inclusion policies. The action was in response to the release of the American Bar Association’s Diversity and Inclusion 360 Commission’s Model Diversity Survey.

In another unique initiative, HP Chief Marketing Officer Antonio Lucio has called on HP’s advertising and public relations agencies to submit a plan laying out how they will significantly increase the number of women and minorities in key creative and strategy roles within a year.

HP recently celebrated the 50th anniversary of HP Labs in an event where leaders shared insights on the role diversity has in innovation. The key message touted was diversity is the cornerstone and foundation for innovation. “We encourage the conversation, educating on unconscious bias, cultural competence and diversity topics across the company where it’s our way of working and interacting each day,” Brown said.