Where Do We Go from Here? Women and Diversity in 2019 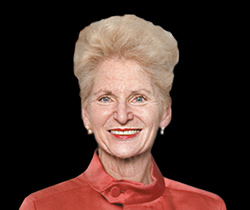 “Women are underrepresented at every level, and women of color are the most underrepresented group of all, lagging behind white men, men of color, and white women. Companies report that they are highly committed to gender diversity. But that commitment has not translated into meaningful progress. The proportion of women at every level in corporate America has hardly changed. Progress isn’t just slow. It’s stalled.”

When it comes to women and diversity, 2019 is the year to take the kind of “can do” action that can lead to success, rather than focus on negatives like sexism, racism, egoism, and pessimism. From the private sector to courts and state legislatures, the dearth of women serving in positions of power continues to be a serious concern.

The core issue for many of us is ensuring that women are always on the slate of candidates. Remember, less than five percent of CEOs and only 11 to 26 percent of executives are women. For women of color, the numbers are even worse. Black, Latina, and Asian women combined hold only three percent of those C-suite positions. And there is not a single African American female CEO among Fortune 500 companies.

Equity is a rallying cry for most organizations and companies, and they are delivering on that commitment. One hundred CEOs, and counting, have joined Paradigm For Parity® in efforts aimed at increasing equity. Companies are setting strong goals, changing recruiting practices, and reporting results. Catalyst CEO Champions For Change is a group of more than 50 CEOs who are pledging to advance more women to all levels of leadership.

The organization known as 2020 Women on Boards has led a campaign, and other organizations are setting goals, to ensure that more women join boards of directors. The 30% Club, which has built momentum in a dozen countries, including the United States, has set a goal of filling 30 percent of board seats with women, as have organizations like The Thirty Percent Coalition, Catalyst Board Services, C200, and many others.

Getting more women of color into the C-suite and board seats is also a top priority. Diversity Women has called for 25 percent of all women recruited for boards and executive roles to be women of color. CHROs and talent officers are setting high goals for recruiting women overall, women in technology, and women of color. 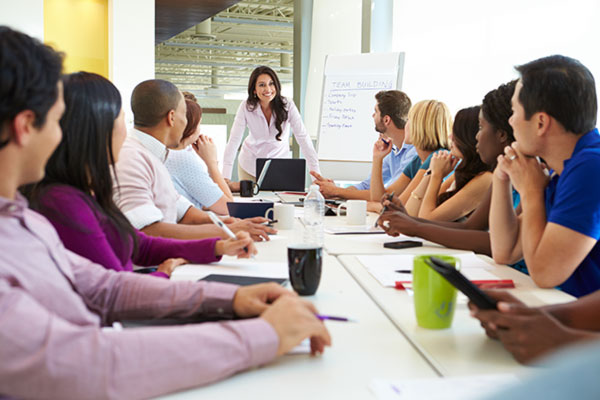 Many firms cite corporate culture as the top reason women fail to reach senior management. While eliminating unconscious bias and increasing the number of women leaders is important, more is needed. It is important that men step up and become advocates and sponsors, and that gender stereotypes are rejected. Culture change must be embraced at every level.

Boston Consulting Group has this to say regarding the involvement of men in gender diversity, “Worldwide, our data shows that among companies where men are actively involved in gender diversity, 96% report progress. Conversely, among companies where men are not involved, only 30% show progress.” MARC (Men Advocating Real Change), a new initiative from Catalyst, empowers men to recognize inequality and respond through effective partnership across gender. Supported by a $5 million grant from Chevron Corporation, MARC provides participants with leader workshops, peer coaching, an online community, and small group learning opportunities, as well as webinars, articles, a monthly newsletter, and more.

Mentoring and sponsorship are indispensible for women who want to build successful careers. Million Women Mentors (MWM) became a go-to movement for women and girls as a result of its mentoring efforts—almost 2.5 million professionals have committed to providing about 20 hours of mentoring a year through MWM.

With 70 percent of today’s jobs requiring tech skills, knowledge of AI, data analytics, ecommerce, and social media is becoming critical to career success. Tech training, along with recognition and awards, increases the number of women in tech and builds a pipeline. The Anita Borg Institute for Women and Technology, for example, has developed tools and programs designed to help industry, academia, and government recruit, retain, and develop women technology leaders. It also provides tech women a platform from which to share ideas that will result in higher levels of technical innovation.

Diversity has been proven to have a positive impact on business performance. So it’s important to hold the companies, diversity officers, and executives accountable, and to communicate diversity results. It is also natural for investors to want to know what companies are achieving in this area. Sharing achievements is vital to your organization’s success.

Providing current and future women leaders with support, encouragement, and recognition is important. For example, C200 is a community of the most successful women in the business world, who provide each other with support and advice. ATHENA International recognizes and honors exceptional women leaders from across the globe. And Profiles in Diversity Journal’s Women Worth Watching® showcases extraordinary women leaders and celebrates their achievements.

Founder and former chairman and CEO of STEMconnector, where she built a one-stop best practices initiative for STEM; and founder and advocate and former CEO of Million Women Mentors, a movement with 2.3 million pledges to mentor.