By Deborah L. Plummer, PhD Almost two decades ago, I began a journey of exploration into the nature of cross-racial friendships after a conversation... 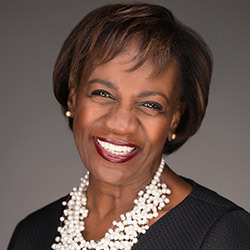 Almost two decades ago, I began a journey of exploration into the nature of cross-racial friendships after a conversation on a walk with my sister-friend Yvonne. She asked why I had so many white friends. I wondered why she didn’t. I thought most people were more like me than her in that respect.

As an academic and a diversity professional, my curiosity led me to facilitating focus groups to discuss the topic and administering friendship surveys across the United States. I found out that not only was I the outlier in having friends across racial lines, but I also understood why it was so challenging to have cross-racial friends.

Most Americans are racial isolationists, living in racially segregated neighborhoods and having racially segregated social patterns. As a result, our friendship patterns reflect America’s racial divide and the tensions created by that divide. They also reflect hope for future racial harmony, which is why I have continued to study this topic for 20 years and why I wrote Some of My Friends Are….

The book investigates how factors such as leisure, politics, humor, social support, faith, social media, and education influence our friendship choices. I offer three conditions for obtaining and maintaining cross-racial friendships: first, understanding yourself as a racial being and your racial-identity resolution process; second, examining your racial lifestyle choices—where you live, shop, and worship, the organizations you belong to, your support systems, where you vacation, who you buy services from, and so on; and third, recognizing and acknowledging modern forms of racism and unconscious bias as they plays out in your life and within the institutions where you engage.

I have three little hopes and one big hope for this book. My first little hope is that it stirs up authentic racial discourse and leads to more empathetic, enlightened conversations about race. The second is that it prompts readers to examine their own friendship patterns and foster more cross-racial friendships or that it deepens their current cross-racial friendships. The third little hope is that reading the book causes people to think about how they might be contributing to the deep racial divide or supporting the lessening of it.

My big hope is that the book carves out a better path toward a more enlightened future of improved race relations and, ultimately, heals our deep racial divide. It’s a light-one-candle approach, and I believe it can be effective. Racial equity happens one cross-racial friendship at a time.

Deborah is most passionate about creating inclusive organizations and building peaceful communities by engaging others in workshop settings and through her writings.