Inspiration: The Outside Perspective 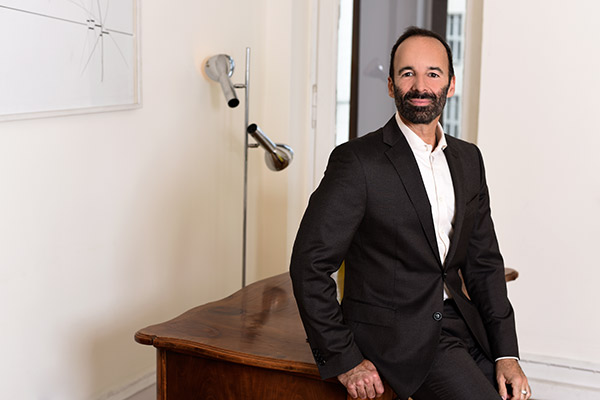 Since we launched Profiles in Diversity Journal more than twenty years ago, D&I has grown from an innovative niche topic to become a widely accepted and broadly tackled issue. At the same time, it has become more difficult to create attention for D&I, find new approaches, or increase the success of existing strategies. One pioneer, who started out about the same time as PDJ, deals with these questions in a specific way. He is European D&I Engineer Michael Stuber. And PDJ has invited him to become a columnist in 2019.

To introduce and frame Mr. Stuber’s upcoming contributions for our readers, PDJ conducted the following interview:

PDJ: How has your definition of diversity changed since you started to work on the topic in 1997?

MS: Our analysis shows two paradigm shifts that are quite fundamental. On the one side, diversity now embraces more topics than ever before, including business-specific criteria, and also explicitly includes all individuals of any given dimension. On the other side, diversity today is clearly positioned as a resource and a part of the D&I value chain. Its elements and tangible benefits were quite vague in the beginning.

PDJ: You have always advocated a European framework for D&I. Which specifics do you see today, in the context of globalization or vis-à-vis the United States?

MS: In the beginning, we first had to understand if diversity was as relevant and powerful in Europe or EMEA as in the U.S., where it first started. Then, the differing legal and national contexts got integrated and, at the same time, globalization also demanded more universal approaches. After twenty years, we initiated a pan-European study that confirmed that a European D&I framework exists. It reflects some specifics that relate to the EUwide non-discrimination regulation and to the integrated nature of the single market and a European identity in the concert of world regions.

PDJ: Does that mean there are significant differences between Europe and the United States in D&I today?

MS: In fact, we have observed an increase in shared Diversity & Inclusion “household” programs across North America and EMEA. This even meant that little attention was eventually given to persisting and, in part, increasing differences. These become apparent in the governance of D&I, the language, no-go areas, or the acknowledgement of prevailing barriers to be addressed. For example, the European concept of quota or the importance of diverse slates in the U.S. are often not fully understood or decoded by the respective other side of the Atlantic.

PDJ: This analysis could imply that different regional foci or strategies should be established. Do you see more overlap or differences going forward?

MS: The overlap is more significant than the differences. For the most part, this is due to the global megatrends including digital transformation, ongoing globalization of business, and increasing complexity. Unfortunately, populism and increasing resistance or even backlash against D&I also form part of the common ground we see in many parts of the world. Overall, the future D&I agenda will have a lot in common regardless of where we work on the topic and will have to change in similar ways as well.

PDJ: What are some of the changes that you have identified for the future of D&I?

MS: In fact, we have spent significant effort over the past four years to understand how we have to refocus D&I in light of the changes just mentioned. Some of them are not necessarily appreciated by D&I practitioners, and some need to be positioned differently, depending on the world region where you work. We see two main redirections. First, D&I has to become more integrated. This means we need to connect, and eventually dissolve, silos in our programs, measurement, and messaging. We have to make sure that each individual feels that he or she belongs to and benefits from our D&I frameworks in the same way. Secondly, D&I has to become more specific. This requires tailoring programs more to individual business models and organizational cultures, and copying less of the peer-group-related initiatives that lead to top ratings or rankings in indexes or awards.

PDJ: It sounds as if you have also revamped and refocused your own approach to D&I and to the research, publications, and consulting work you do. Can you give our readers a sense of how your approach has changed?

MS: It is true that we want to practice what we preach, and therefore we also had to revise some of the work we had done in the past. The result is our new ENGINEERING D&I approach that focuses on having an impact on each individual organization we work with. In order to achieve this, we combine the three i’s: Insight-based, international, and innovative. This means that we are rigorously using the huge body of research, also to react to populist messages or existing myths. Then we leverage international expertise and experience to make sure we create contextualized learning. And finally, we check each element for embedded assumptions and try to create out-of-the-box solutions that best address a given issue. This also describes the spirit in which I look forward to contributing to your journal in 2019!

PDJ: Thank you Michael. We look forward to your contributions.