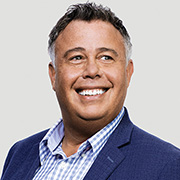 After the separation of Hewlett Packard Company in 2015, HP increased the number of women at the executive level by four percent. In the years since, that number has continued to rise. At present, almost a third of HP leaders (director and above) are women.

Reversing the underrepresentation of women is a priority for HP. And while 2018 saw improvement in this area, with women in leadership reaching 30 percent and women in technical roles reaching 22 percent, the company is committed to doing even better. In 2019, HP will begin developing a global pipeline of diverse women leaders, using successful leadership programs like Catalyst. Catalyst @ HP is a women’s sponsorship organization that works to advance careers of women within the organization. As of the end of 2018, 250 leaders have participated in Catalyst and 30 percent of those participants have been promoted or are in new role.

In addition, the technical contributions of HP women are also on the rise, as evidenced by the number of active patents and submitted innovations. Eight percent of HP active patents were earned by women (as compared to two percent across the industry per Anita Borg Institute research on technical patents from 1980–2010). Eleven percent of HP’s new inventions seeking patents are credited to women in the HP workforce. The company remains committed to establishing opportunities for leadership for women in all functions and at all levels.

“Embracing diversity and inclusion is a business imperative for HP,” says Weisler. “We operate on the principle that diversity creates meaningful innovation and improves our company and our products and services. Corporations who prioritize diversity position themselves to better understand the needs and motivations of customers globally, and more fully reflect the markets they serve.”