The 2019 Innovations in Diversity Awards

Innovation is the intersection where aspiration and inspiration meet commitment and hard work, turning powerful ideas into exciting realities. Innovations in diversity and inclusion... 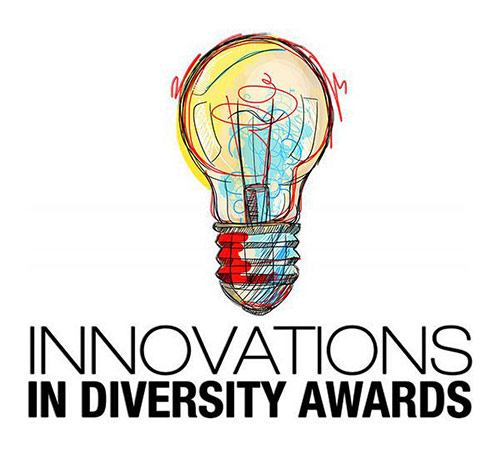 Innovation is the intersection where aspiration and inspiration meet commitment and hard work, turning powerful ideas into exciting realities. Innovations in diversity and inclusion show all of us new possibilities and transform cultural and social landscapes across the globe. Innovative thinking challenges us, as individuals and organizations, to embrace a new and better future.

Profiles in Diversity Journal is proud to share this year’s ambitious and tranformational innovations in diversity from 15 of the world’s leading companies—programs and initiatives that are taking diversity and inclusion to a new level.

Please explore and enjoy the creative ideas on the following pages. One of these exceptional and exciting innovations in diversity may be your company’s best next step.

In brief: Created by Satra Sampson-Arokium, Dechert’s director of diversity and inclusion, the Diversity Champions Awards recognize key advocates for diversity at the firm, whatever their job title or seniority. The establishment of an award honoring diversity advocates is in line with Dechert’s wider commitments to establish an inclusive and open culture within the firm. Nominated by their peers and selected by firm leadership, honorees each receive a bonus of $10,000 and, perhaps even more important, the recognition of their peers. This year, in the inaugural round, the firm received more than 130 nominations.

In brief: The Women Leaders Forum is a unique invitation-only diversity effort, which connects female in-house counsel and HR executives throughout the country with FordHarrison’s female partners. Would-be attendees are nominated, vetted, selected, and invited to participate in deep, raw conversations about workplace and personal dilemmas only experienced by women in the highest level of their organizations. An exceptional resource and safe space for executive women leaders to cultivate relationships with peers, receive affirmation and advice, and grow and develop as leaders, the Forum has produced positive impacts for attendees, the teams they lead, their organizations, and the firm’s bottom line.

In brief: The innovative HP Spectrum Success Program, aimed at expanding the company’s diverse recruiting pipeline, focuses on top talent on the autism spectrum. The program lets candidates showcase their talent in a way that works best for them, rather than relying on phone screens or one-time interviews. The goal is to ensure that participants benefit from practical experience and coaching, regardless of where they eventually apply and interview. The Program has increased awareness of HP career opportunities among candidates on the autism spectrum, provided a platform that enables these candidates to showcase their talent, and expanded the company’s diverse recruiting pipeline.

In brief: KPMG Leadership Essentials Series (LES) is a two-day experience for business resource group (BRG) members and their allies. LES focuses on skills training, mentoring opportunities, business unit breakout sessions, sessions for diversity chapter leaders and champions, and engagement with clients and nonprofit organizations. Although the LES concept was first launched in 2011 as [email protected]’s Pride Conference, it has since been adapted to suit the needs of several KPMG BRGs. This year’s LES was a retention initiative, focusing on the intersection of diversity and talent development. More than 750 people attended the FY19 conference, with 65 percent as first-time participants.

In brief: PitchU, a program designed exclusively for members of Lincoln’s seven BRGs, is a multipart workshop that guides employees in creating, developing, packaging, and pitching themselves as leaders. More than 235 employees participated in all webinars, three found new positions with increased responsibility and corporate visibility, and one was invited to the Officer Readiness Program, a Lincoln training program for future leaders. All participants were added to the internal recruiting systems for consideration for upcoming internal opportunities. Going forward, Pitch U will be used as an avenue to fill open positions across the company with diverse, engaged, and talented employees.

In brief: The Black Organization for Leadership and Development (BOLD) Employee Resource Group (ERG) at New York Life launched Planning BOLDly: Wealth Building, a series of four sessions presented throughout the year to educate employees regarding wealth management and financial literacy. The series was created after BOLD members indicated that they wanted to learn more about retirement, estate planning, and other financial matters. The sessions were attended by over 700 employees, more than half of whom were not BOLD members, and BOLD membership has since increased by 26 percent.

In brief: Over the past five years, Sandia National Laboratories has focused its diversity and inclusion efforts on unconscious bias and engaging its majority white male population in creating a more diverse workforce. In FY19, Sandia announced a bold initiative: the top two levels of management were asked to attend multi-day immersion training sessions focused on bringing about transformative change in the behaviors of Sandia’s majority white male population. Leaders who attended the training report a change in attitude and behaviors, while Sandia has experienced a 2.5 percent increase in women and minority management populations since FY17.

In brief: Talent Path offers diverse candidates opportunities in information technology (IT) that otherwise would be unavailable to them. Qualified candidates, who are selected from an extremely diverse talent pool at universities around the United States, join the program as full-time, paid employees with benefits. They learn the in-demand skills and technologies, as well as power skills, needed to launch successful IT careers. The goal is to address IT’s widening talent gap, while improving diversity. Currently, 37 percent of Talent Path enrollment is female (national average, 17 percent) and 72 percent of enrollees are people of color (national average, 28 percent).

In brief: TCS’s STEM education program, goIT, is an experiential, immersive program that couples digital innovation with a holistic view of technology. Free of cost, goIT offers in-person, industry-led mentorship, alongside an engaging, hands-on curriculum that provides middle and high school students from underrepresented communities a kind of learning they might not otherwise have access to. Since its 2009 launch, the program has reached more than 25,000 students, expanded into 77 cities, and become the largest industry-led computer science program in North America. Forty-five percent of participants are female, and 67 percent identify as minorities.

In brief: Thermo Fisher Scientific launched its first Neurodiversity Hiring pilot in 2019. It focused on eliminating barriers job candidates on the Autism spectrum might face during the interview process. The company changed the traditional one-on-one discussion-based interview process to a team based project in which candidates could showcase their technical skills. During the onboarding period, the new hires were also provided a job coach and a peer mentor. The goal was to hire four candidates for data science roles. However, the company was able to surpass its goal—hiring six of the eight candidates who applied.

Innovations in Diversity Awards of Excellence
(in alphabetical order)

In brief: “Belonging” takes “Inclusion” a step further by helping employees find common ground with their teammates and AMD, not just acknowledging what differentiates them. The program aims to increase a sense of belonging through Employee Resource Group (ERG) involvement and create a workplace where everyone feels psychologically safe and engaged. The ERGs host Lunch and Learns and bring ERGs together to co-sponsor events. Since more employees have learned about the various ERGs and worked together as co-sponsors, the number of ERGs has doubled and the number of employees joining ERG leadership teams has increased.

In brief: This industry-leading program addresses important health care needs of underserved communities and patient populations. The goal is to identify various decision-making points in the drug-development lifecycle and design mitigation strategies and tactics that interrupt the systemic and structural bias in modern health care that results in the exclusion of entire populations. Outcomes are already gratifying: Employees and leaders are highly engaged by this purpose-driven work; the work is driving growth in the reach and diversity of patient populations who have access to treatment; and trust among previously underserved patients is increasing.

In brief: The Racial Equity Business Resource Group’s (BRG) mission is to shape a diverse culture of inclusion. The BRG collaborates with affinity groups and holds regional events that create a space in which employees can talk about race, without putting any one minority group on the spot. Since launching in July 2018, Racial Equity BRG programs have included a keynote speaker on racial equity, an unconscious bias workshop, a book club, and heritage month newsletters. After each program, the BRG sends an anonymous survey to gather feedback and suggestions to keep future events and content relevant. To date, survey feedback has been overwhelmingly positive.

In brief: This M&A Externship Program is an exclusive partnership between the University of Georgia School of Law and the Nelson Mullins law firm. Of the law school’s 18 externships, the M&A Externship is unique in providing students with work experience at a law firm, rather than with companies, where students explore the practice of law as in-house counsel. The corporate externship program provides a diverse group of law students with work experience in mergers and acquisitions for academic credit and exposes them to an area of law that diverse and female law students may not have considered.