Doing DEI Better in the Workplace

Organizations today are grappling with how to put diversity, equity, and inclusion (DEI) into practice successfully. Many Fortune 500 companies now have dedicated chief diversity officers, who are charged with implementing DEI strategies. In other organizations, human resource teams are increasingly hiring DEI facilitators to hold sessions with staff to talk about different aspects of diversity—from race to gender to sexual preference—and how they can impact people’s experiences in the workplace. Employees across sectors are attending implicit bias or diversity training sessions in growing numbers to build awareness and knowledge.

Despite these efforts, research shows that diversity training sessions can have mixed results and are often ineffective, especially when it comes to dealing with issues of race. We propose that one key reason this is the case is that they fail to establish a shared understanding of what race is, as well as what racism means and what people can do about it.

This should come as no surprise. Talking about race is hard. Finding common ground or a shared language to communicate about race and racial disparities is even harder. Many executives, managers, and employees are not comfortable discussing race. Some hold tight to the notion that talking about race can only be divisive and problematic. Others believe that talking about race is necessary and useful, but are nervous about how to do it effectively. People show up to conversations about race with different opinions, misconceptions, and emotions. Talking about race exposes our vulnerabilities and blind spots. Moreover, people of color often take the brunt of the emotional labor that these conversations require. The result is a common one—those in the room with the most privilege benefit the most.

Done right, however, conversations about race can be effective and even empowering. We propose that by developing a shared understanding of race as actions that people do, rather than a thing that people are, workplaces can facilitate more effective conversations and learning experiences with their employees.

People often think that race is a thing or an essential characteristic that people have or are. Research shows that race is instead better understood as a doing—as actions that people engage in as they interact with one another and the institutions and practices of society. Superficial phenotypic differences in physical appearance like skin color, hair texture, or the shape of facial features may be markers of one’s ancestry, but they do not have anything to do with the human-made concept of race and how it takes form in society. Existing racial differences arise because people who are situated differently in society have different experiences and social interactions with others and the world around them. In turn, these differences in people’s lived experiences can shape them into diverse kinds of people, with varying backgrounds, perspectives, and ways of being.

Consider racial disparities that are commonly seen in the workplace. People of color often experience barriers to success, like being overlooked for promotions or leadership opportunities. This is not due to some kind of innate difference in ability or motivation. Instead, lower achievement is often due to differences in one’s opportunity to achieve. This arises from a host of biases that people of color are likely to confront—biases about who belongs in a company or profession, who seems smart, trustworthy, and creative, and who appears to show strong leadership potential. These biases, sometimes signaled in relatively subtle ways and at other times not, can greatly undermine their chances for success. Indeed, recent research shows that racial gaps in student achievement are twice as large when instructors think that differences in ability are fixed and unchanging.

People—all of us, individually and together, in our workplaces and organizations—“do race” through everyday actions and activities that are rooted in implicit assumptions about who counts, whom to trust, whom to care or worry about, whom to include, and why. Race is socially constructed as it operates across different levels of society: the individual level (people’s biases, stereotypes, feelings, and attitudes); the interactional level (interactions with other people like family, friends, employers, and products like social media, advertisements, and TV); the institutional level (workplaces, schools, and police departments); and the ideological level (cultural narratives about race and racial difference). These levels all interact and reinforce one another over time such that race is made real in the policies and practices of organizations, as well in people’s minds.

Why is this view of race as a doing important to DEI? Our individual biases, stereotypes, feelings, and attitudes about race come from the people that we interact with and the social world that we inhabit. At the same time, our everyday practices, social institutions, and cultural narratives that reproduce and reinforce race and racial disparities are not natural; they are human-made. They are created, maintained, and reproduced by people, past and present. As such, we have the power to change them. Through our actions, we have the power to “undo racism.”

Along with our colleagues at Stanford University’s Center for Comparative Studies in Race and Ethnicity, we created a multimedia, evidence-based toolkit called RaceWorks, turning scholarship into action to help people have better, more informed conversations about race. Here are three key ways to apply these insights in the workplace to do DEI better.

Three Ways to Do DEI Better in the Workplace

1. Develop a common framework and language around “doing race.”

In conversations and learning experiences about race, use the idea of race as a “doing” as a starting point to create common ground and dispel misunderstandings. Reflect on what people involved in the conversation think race is; then ask: “Why do you think that?” and “How do you know that?” Compare and contrast race as a “thing” versus race as a “doing.” If someone says that Asians or African Americans or my people are a certain way or do particular things, follow up by unpacking how they have learned about these differences, where they think they come from, and why they exist. Recognize that the biases and stereotypes that emerge in these discussions are often rooted in perceiving race as a thing.

2. Focus people’s attention on norms, practices, and policies in the organization, and how they can have disparate impacts despite good intentions.

Audit the workplace to identify how race is being done across the organization: who is getting hired, promoted, fired, or left in place. What are people’s theories regarding why this is so? Are their theories informed by assumptions about race as a “thing” as opposed to a “doing”? Review norms, practices, and policies, and interview people from different backgrounds about their experiences. Look for norms or ways of doing things that could make some people feel excluded, overlooked, or misunderstood. Work to understand where people’s experiences differ and why. Ask, “Do things have to be done in the way they have always been done or can changes be made?”

Recognize that even though those in charge might be working hard to promote fairness and equity, their actions might not have the desired results. In doing this work, it is important to recognize that intention does not equal impact. The realization that one’s good intentions—to care, to be fair, not to be racist—often do not translate into equitable outcomes is a hard-won realization for many. Learning to differentiate what is intended by a given policy or action, and the impact that the policy or action actually has on recipients, requires talking, listening, and learning from others’ perspectives. This is especially true for those in positions of power and authority. This type of communication requires trust and takes time, rarely happening in one single training or workshop.

3. Empower employees at all levels in the organization to be the change.

By helping employees understand race better and recognize when racial disparities show up, they can then be challenged to do DEI better in their roles and everyday actions in the workplace. We all do race and can, often unintentionally, participate in seemingly neutral practices and policies that reproduce racial disparities. Working toward a common goal and involving everyone in the processes engages all employees in improving the organization and fosters a sense of collective efficacy. Empower employees to work with managers and leaders to co-design solutions and figure out how to put them into practice in a way that is sustained and involves their ongoing participation. Encourage employee voices and create spaces where people across different levels of the organization can interact and give each other honest feedback without fear of evaluation or retribution. Build this kind of co-learning and self-improvement into organizational culture as a way to implement evidence-based DEI.

By establishing common ground, developing a shared vocabulary and understanding around “doing race,” and providing opportunities to be part of the solution, organizations can empower employees and do DEI better and work to “undo racism.” 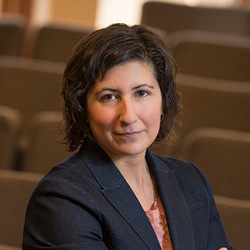 Dr. MarYam Hamedani is managing director and senior research scientist at Stanford SPARQ, and director of the RaceWorks project, developed in collaboration with Stanford’s Center for Comparative Studies in Race and Ethnicity. 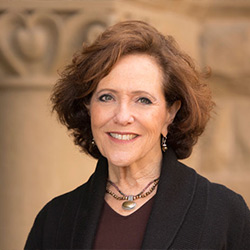 Dr. Hazel Rose Markus is professor of psychology at Stanford University, faculty co-director of Stanford SPARQ, and co-editor of Doing race: 21 essays for the 21st century. Dr. Markus’s research is featured in RaceWorks. 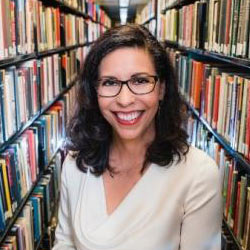 Dr. Paula Moya is professor of English at Stanford University and co-editor of Doing race: 21 essays for the 21st century. Dr. Moya’s work is also featured in RaceWorks.