Women in tech reveal the biggest challenges they face

By Lori Österholm While ‘being taken seriously due to gender perception’ remains the biggest challenge women in tech face, there has been a 14.6%...

Over the years, people have begun to recognise the issues regarding gender differences in certain sectors and have started to make an effort towards diminishing it. Women with a passion for technology, who have decided to take a leap of faith in order to make it in a still male dominated world, spoke up about their experiences and the security experts at Specops Software were interested in hearing what they had to say.

In the Women in Tech Survey Report 2019 by Ivanti, women talk about their experiences in the tech industry. Analysing the report, Specops Software sought to highlight not only what attracted women in this industry in the first place, but how the industry has changed for them in the past year.

In order to achieve this, Specops Software designed graphics to help better visualise the data collated by Ivanti, which showcases the experiences of more than 500 women working in technology around the world.

Women have noticed that, in the majority of situations, the industry has changed for the better. Although ‘being taken seriously due to gender perception’ remains the biggest challenge women have to face in tech, there has been a 14.6% decrease in women experiencing this issue (in 2018, 63% of women stated this as an issue, in 2019 53.8% of women stated this is an issue.)

There is only one issue that noticed an increase from 2018 to 2019 and that is ‘the glass ceiling’. Unfortunately, 27.1% more women feel there is a barrier which stops them progressing.

What would women want most in a new tech role?

Women have spoken up about what they would like a new role to offer them and their requests are far from outlandish. In fact, what women want most is ‘equal pay and benefits’ (63.7%).

‘Clear and well documented progression opportunities’ is next on the list of rights women in tech would like to enforce in their workplace. This comes as no surprise, as mentioned before, many are still experiencing issues with the glass ceiling.

Who are the most influential women in tech?

Susan Wojcicki, the CEO of YouTube, tops the list as the most recognisable woman in the tech industry. “The most powerful woman on the Internet” as named by The Times, Wojcicki helped make Google the successful platform it is today, and her decision to purchase YouTube in 2006 has proven to be a great business decision as the platform is said to have US$15 billion in annual revenues.

Second on the list is Jacqueline de Rojas, the President of techUK and Chair of the Board of Digital Leaders, followed by Marissa Mayer, the CEO of Yahoo, and Ginni Rometty, the CEO of IBM. In fact, the top 6 list of the most recognisable women in tech is the following:

Lori Osterholm, CTO at Specops Software, had the following to say about the research:

“Young women starting their careers in technology have already overcome numerous hurdles, stereotypes and generalisations. My advice is to continue being true to yourself. You don’t need to change to be accepted and you’ll earn respect for your accomplishments.”

“Women are long time suffers of ‘imposter syndrome’, especially in fields dominated by men. However, women around the world have been able to bring a new perspective to the tech industry, and their skills and experience are just as valuable when they feel comfortable enough to impose them. Studies like this can help bring confidence to women who do not feel their opinion matters to the tech industry.” 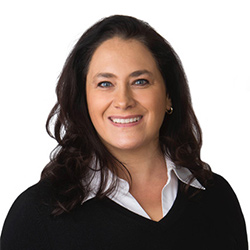 Lori Österholm joined Specops in 2018 as the Chief Technology Officer. Lori is an experienced leader of software development teams and development processes within Identity and Access Management. She is passionate about developing security software to solve customer’s problems. Lori is an avid horseback rider and trains dressage in her free time.