Featured41
By Janet Crenshaw Smith and Gary A. Smith Sr. We weren’t prepared for now, yet here we are. So much is out of our...

By Janet Crenshaw Smith and Gary A. Smith Sr. 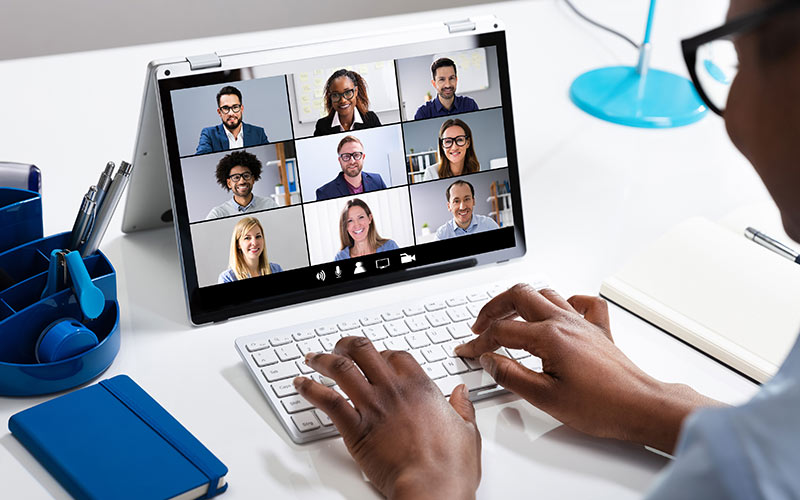 We weren’t prepared for now, yet here we are. So much is out of our control—sufficient food supply, equitable health care, safety concerns, and yep, even reliable Zoom connections and toilet paper. Here’s what I know for sure: This has happened before (okay, maybe not Zoom), and it will happen again. It’s the circular nature of life. Even the word pandemic isn’t being used for the first time, so why not believe it will be used again? Oh, and the last thing I know, we will prevail.

At times like this, when so much is out of our control, I am reminded why I wrote the book, 58 Little Things That Have a Big Impact: What’s Your MicroTrigger®? It’s because little things do indeed matter. MicroTriggers are small, subtle communications that are transmitted by words, signals, tone, and body language. The messages may have been sent intentionally or unintentionally. Sometimes we think we know the intent. And sometimes we’re wrong. While we often assume that these subtle messages are universally understood, they are actually quite personal. The ones that matter to an individual are his or her MicroTriggers.

A friend of mine shared that she now takes daily runs to relieve stress and anxiety. She is wearing a face mask, which she said alters her breathing while running, but she is getting used to it. The runners are generally doing a good job of social distancing. But here’s the problem: The runners stopped saying hello to each other. “It’s so weird,” she said. “It’s as if they think that social distancing means not speaking. And it’s really depressing.” So that small act of no longer saying hello is a message to her, more than wearing face masks while running, that she is living alone and feeling isolated during a pandemic. Alone while being in groups of people, around others but not connected and included.

Also, a new flavor of authenticity is starting to show up. Maybe it’s because you can’t get your hair done, so heck, you are finally showing your coworkers your natural hair texture during the daily staff video chats. Maybe you have more children than caregivers at home, so the kids you never talked about much at work are now running past the screen while you’re conducting a video conference meeting. Maybe you’re too stressed to keep putting on a happy face, so suddenly you are talking more about your personal life with your colleagues.

A client shared that now every conversation starts differently. No more jumping right into business. Always a quick, “How are you doing?” “How was your weekend?” In fact, when someone does not ask, they seem heartless, out of touch, even unprofessional. WOW, what a change. But a small change that is making a huge impact. I have met more children, pets, and roommates of my colleagues and clients in the last four weeks than I have met in the last four years. That’s the upside of a new normal authenticity. Seemingly small things, but impactful. Those relationships will be different going forward. I’ve been included in their lives.

The downside is that now, more than ever, we are revealing our preferences and unconscious biases in unintended ways. Consider how many MicroTriggers show up in a conference call or Zoom meeting— restating your words for you, interrupting you, acknowledging your idea only after someone else says it, or sighing when you ask a question. Subtle messages impact inclusion even more now with high stress and anxiety. If the subtle messages have more impact, if they mean more, it’s because the stories being told about them are more exaggerated. We always knew MicroTriggers mattered, but we had to learn that for each person’s trigger, it was the stories they told themselves about the trigger that revealed the impact on them. Imagine sending subtle, small messages, completely unaware of the impact you were having on someone else; unintentional, unconscious messages that left that person feeling excluded and devalued?

I felt that there was something missing in the diversity and inclusion discussion. There was a healthy conversation occurring around unconscious bias, almost implying that bad behavior isn’t anyone’s fault because we all have unconscious preferences and biases. We also know that unconscious bias is often revealed via subtle behaviors. The challenge is that we far too often ascribe a negative intent on the part of the sender of the behaviors (i.e., microaggressions). But how can we really know intent? We also find ourselves being exclusionary in assuming that the senders are straight white men and the receivers are women, people of color, and LGBTQ.

Remember that the whole point of unconscious bias is that we all have them.

So, we also are all senders and receivers of MicroTriggers. Furthermore, if we want to advance inclusion, we have to acknowledge that many of the behaviors are so subtle and neutral that it’s only by observation and comparison we are able to ascribe someone’s intentions. For example, when a person is a habitual interrupter, you don’t see the inequity until you witness that person waiting until his or her boss finishes speaking. I’m not naïve, I understand the harm of microaggressions. The harm isn’t only in the message, it’s in the sender’s decision-making too. Do you interrupt everyone, or do you patiently wait until your boss finishes speaking?

I wanted to connect the ideas of unconscious bias, the subtle behaviors, assumptions of intent, and an inclusive approach to who senders and receivers can be, and the critical role of observers and bystanders. Once I understood the connections, MicroTriggers were born.

Imagine knowing how your subtle behaviors impact others. Imagine having relationships where people can put a voice to feeling excluded without assuming the worst of the people that made them feel that way. Imagine knowing what to do when you observe these situations and feeling confident enough to take an action. MicroTriggers are the pathway to that place.

We’ve identified 58 MicroTriggers, and clarified specific roles and responsibilities for senders, receivers, and observers or bystanders. In classrooms and online, we then captured years and years of data where people voted, telling us what triggered them and why it mattered. We have these results by demographic, industry, and sector.

In these unique times, wouldn’t you like to know better, so you can do better? Faced with big challenges, high anxiety, and uncertainty, let’s pause and take the time to focus on the little things, to treat each other well. 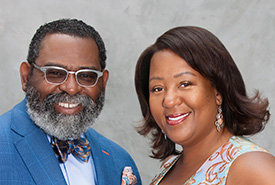