How to Keep the Allyship Momentum Going Beyond the Headlines

When diversity and inclusion movements such as Black Lives Matter are in the news, people are quick to join in and show their support—whether by attending marches, wearing badges, or writing blogs. But the hard work really starts when the headlines have faded, particularly when it comes to the workplace.

There is no short-term, quick-fix solution when it comes to practicing allyship at work. You have to work at it every day. A workplace ally is an individual who is not a member of an underrepresented group, but who takes action to support one or many such groups. It requires a constant balance between acknowledging our racism, sexism, and homophobia, and taking action in support of people of color, women, and the LGBTQ+ community.

Although events, panels, and lanyards bring much-needed awareness to non-dominant groups, it’s important that business leaders use the media attention and pressure to engage in longer term, less glamourous changes. Invest the current interest in racial justice, for example, by making changes to your recruitment or talent processes. And use that interest to gain more traction for improved data and reporting in your business. Keep your eye on the long-term goals, and seize the opportunity for change.

It’s also worth looking at ways to make allyship—and, more important, practicing allyship—part of your psychological contract with your staff. If all employees are aware that they should be practicing allyship in support of at least one non-dominant group as part of their commitment to your organization, it can build more sustainable change. Set aside time for practicing allyship, and emphasize that it is integral to your culture.

Practicing sustained allyship is harder than it looks. It’s not just about changing a logo or retweeting a great quote. It’s about examining how we are each complicit in perpetuating stereotypes, biases, and discrimination, just by existing in the workplace. These challenges are about introspection—reflecting on our own role and translating insight to action. Try to work anti-racism into your daily routine and enable others to do the same. Spend 10 minutes reading a relevant book, for example, and writing a few notes and reflections on how you feel. This practice is both sustainable and reflective—the perfect combination for effective allyship.

An important part of allyship is calling people out when they do something problematic—letting them know when they have said or done something that could be seen as racist, sexist, homophobic, or just offensive. This is easier said than done, especially in a culture where the practice is not the norm or where colleagues feel they may be punished for doing this. Begin to open up a space to receive feedback from colleagues, and reflect on how you respond to that feedback.

Being called out can feel like an attack, but it’s important to model a calm and measured response. Begin by acknowledging the person’s feelings (calling someone out can be scary too), and ask how you can reduce any harm caused. Reflect on feedback received (taking a pause if you need to), take on board areas you could adapt or change, show how you are taking action in that area to reduce any harm caused, and learn from your mistake. Over time, colleagues will feel safer to call each other out if it is part of practicing allyship—reducing harm for all colleagues, not just those from non-dominant groups.

These measures should go a long way toward ensuring that allyship becomes part of business as usual in your organization. But it’s also worth considering making allyship part of your employment contract. In other words, all employees would be expected to ally with a group that is not theirs. It will bring about learning, sponsorship, and eventually, more representation. Ask this question at performance review time: “What have you done to drive allyship in the past year?” Sometimes making an action mandatory is the only way to make it happen. 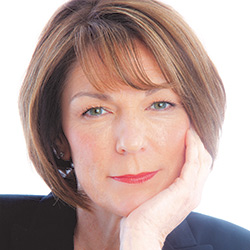 Angela Peacock, CEO of PDT Global – which provides diversity and inclusion training for large multinationals around the world.