Why I Support Wes Hall & BlackNorth

Featured65
By Trevor Wilson Several years ago, I had a vexing business problem that proved to be difficult to overcome. A friend of mine asked... 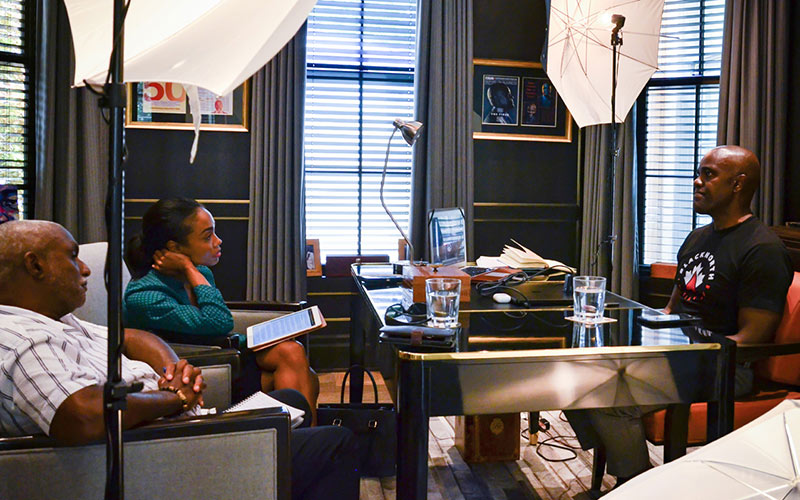 Several years ago, I had a vexing business problem that proved to be difficult to overcome. A friend of mine asked me if I knew Wes Hall. While I had heard the name, I had never met the man. I knew he was Black, I knew he was extremely successful, and I knew his reputation was stellar. Several times I had heard him described as the number one M&A guy in Canada, perhaps in North America. Although I have dealt directly with some of the highest-level executives globally, I would never consider trying to make direct contact with such a powerful man in our Black community. I assumed he was out of my reach. My friend offered to connect us. Imagine my surprise when a short time later I was sitting in Wes’s office discussing my problem and he offered to help.

What had happened here? There were many things that linked Wes and I. We were both Canadians from a strong Jamaican heritage. We were both immigrants, who had happily lived most of our adult lives in our adopted home of Canada. We both had very strict Jamaican fathers who believed in corporal punishment. We were both Black entrepreneurs who frequented the powerful Fortune 500 boardrooms. We were both Christians and deeply spiritual people. And we both witnessed and were outraged by the brutal murder of George Floyd and the tragic shooting of Jacob Blake. So why was I hesitant to reach out to him?

To tell the truth, I really didn’t know who Wes Hall was. I simply didn’t know the man. I probably made assumptions that he would be arrogant, standoffish, and unapproachable. In preparing for the cover story in this issue, I had the good fortune of spending a lot of time with Wes. I came to better understand the man. The time allowed me to understand his aspirations, his talents, and his fears. I came to see him as a leader the caliber of which we have not seen before in our country. The BlackNorth Initiative has the capacity to change the lives of millions of people, and it was his brainchild. Wes has used his access and his influence to encourage some of the most powerful Canadian corporate leaders to take action and disrupt the status quo as it relates to anti-Black racism.

A few months ago, Justin Trudeau, Prime Minister of Canada, made international news when pictures of him in blackface surfaced. There were accusations of racism, and members of the Black community demanded an apology, which he readily provided. It is important to note that Justin Trudeau may not be the first prime minister to wear blackface. However, he is the first prime minister to publicly use the term anti-Black systemic racism.

The first pillar of the BlackNorth pledge mentions the “complex and difficult conversations” related to anti-Black systemic racism. This is especially the case for us as polite Canadians who are not used to using words like racism, white privilege, or even unconscious bias. And yet, if there were no issues in the system, as it relates to anti-Black racism, the situation referenced above would not exist.

Wes Hall and BlackNorth deserve our full support. Now is the time for all corporate leaders to sign the BlackNorth pledge and work together to overcome anti-Black racism.

This article by Trevor Wilson, President, TWI Inc., and the creator of “Human Equity”. Trevor is a D&I Strategist, and leading consultant on issues of diversity and equity in the workplace. He is the author of two books: Diversity at Work: The Business Case for Equity and The Human Equity Advantage: Beyond Diversity to Talent Optimization. Trevor is a regular contributor to this magazine ([email protected]).