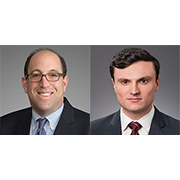 On September 30, 2020, California Governor Gavin Newsom signed into law Assembly Bill 979 (AB 979), an act that promises to greatly increase the diversity of the board of directors of a number of California-based publicly-traded corporations.

AB 979 follows in the footsteps of Senate Bill 826 (SB 826), a 2018 bill signed into law by Governor Jerry Brown, which requires that all publicly traded corporations listed on a major U.S. stock exchange headquartered in the state of California (per the corporation’s SEC 10-K filing) have a “representative number” of women as members of their board of directors. SB 826 required that all such corporations have at least one woman on their board of directors by December 31, 2019, and at least two (if such corporation has five directors) or three (if such corporation has six or more directors) female directors by December 31, 2021. SB 826 further requires that the California Secretary of State report annually on the number of corporations subject to SB 826 that have compiled with its requirements and further authorizes the California Secretary of State to impose fines for noncompliance with SB 826’s requirements, including a $100,000 fine for a corporation’s first failure to timely file board member information with the California Secretary of State, and a $300,000 fine for each subsequent violation. Since its enactment, SB 826 has faced a number of lawsuits from groups opposed to mandatory diversity requirements. These lawsuits have been based primarily around the theory that SB 826 violates the “equal protection” clause of the 14th Amendment to the U.S. Constitution by requiring businesses to discriminate with respect to a protected category (in this case, gender) when selecting members of their board of directors, a claim that is likely to be made against AB 979 as well.

AB 979, passed by the California Legislature on August 31, 2020, seeks to expand the requirements set forth in SB 826 to require that all publicly traded corporations listed on a major U.S. stock exchange whose principal executive offices are located in California (per the corporation’s SEC 10-K filing) have a minimum of one director from an “underrepresented community”, defined as “an individual who self-identifies as Black, African American, Hispanic, Latino, Asian, Pacific Islander, Native American, Native Hawaiian, or Alaska Native, or who self-identifies as gay, lesbian, bisexual, or transgender” by December 31, 2021. Much like SB 826, the number of underrepresented community board members required as of December 31, 2022 will scale proportionally with the total number of board members in a given corporation’s board of directors:

AB 979 further requires that the California Secretary of State’s annual SB 826 report also include statistics on the number of corporations subject to AB 979 that have complied with its requirements. As with the requirements of SB 826, corporations that fail to timely board member information with the California Secretary of State with respect to AB 979’s requirements will face a $100,000 fine for the first failure to file, and a $300,000 fine for each subsequent failure.

AB 979, like SB 826, will likely face numerous legal challenges from groups opposed to its requirements. On October 2, 2020, Judicial Watch, a conservative activist group, launched a suit in Los Angeles Superior Court seeking to have AB 979 overturned on the grounds that the quotas mandated by the law represent an unconstitutional violation of the equal protection clause, a claim nearly identical to those made in opposition to SB 826.

While California has been at the forefront of legislating diversity in the boardroom, prominent asset managers such as State Street Global Advisors and BlackRock have long advocated for increased diversity on corporate boards, stating that diverse boards tend to result in greater corporate effectiveness and performance relative to less diverse boards. 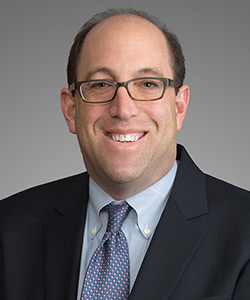 David Sunkin is a partner in the Corporate Practice Group in the firm’s Los Angeles office.

Taylor R. Parks is an associate in the Corporate Practice Group in the firm’s Los Angeles office.