Exerting the Power You Have. Right now.

Featured49
By Janet Crenshaw Smith and Gary A. Smith Sr. It’s easy to feel helpless and out of control right now. We have been through...

By Janet Crenshaw Smith and Gary A. Smith Sr. 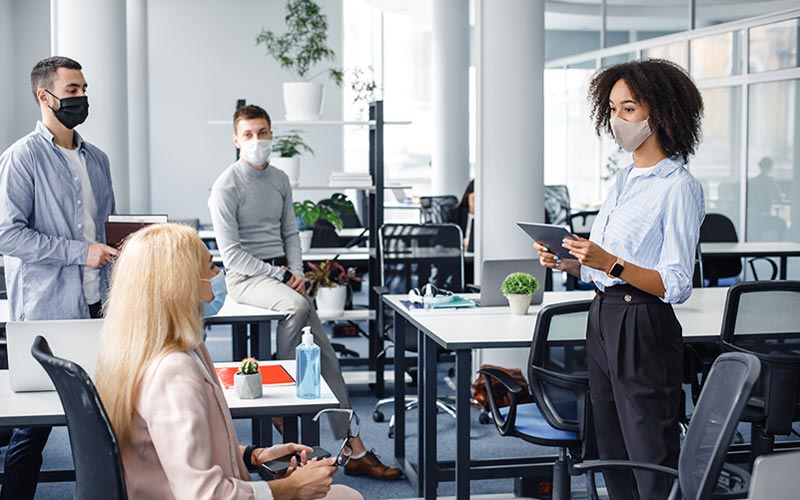 It’s easy to feel helpless and out of control right now. We have been through so much. We did not see the pandemic coming, often feel like we can’t do anything about it, and we can’t be sure what’s next. Amid the crisis of the pandemic, we’re still experiencing social unrest that is continuing to fuel more interest in and expressions of commitment to diversity, equity, and inclusion (DEI). It has been almost one year since the public killing of George Floyd. Many of us have not yet seen proof of the DEI improvements that were promised. But know this: When it comes to the topic of DEI, you are neither helpless, nor out of control, nor powerless.

Now is the time to exert the power you have.

The power to say something when you see something

We had to admit that we had underappreciated the huge volume of people who are having a brand-new, very-first-time, awakening about the realities of inequities in the workplace and beyond. A generation of Baby Boomers who were taught to be “colorblind” evidently took that literally. They did not notice race (and other diversity dimensions) and when it was absent in boardrooms and leadership teams, excluded from opportunities and awards, and overrepresented in poor performance ratings, penalties, and punishments, they assumed it was due to fair systems doing their thing of filtering out the inferior and welcoming in excellence.

Some of you are pausing and calling “foul!” or maybe even thinking “that’s bullsh*t” right now. I get it. But imagine, just for a moment if you can, that many folks truly did not realize what was happening. What if they did not understand the inequities in decision-making and outcomes? And what if no one was telling them? Two very different realities coexisting at the exact same time. “I didn’t know,” literally colliding with, “How could you not know?”

There have been severe breakdowns in the systems that should have documented and reported gaps and inequities. Many organizations are undertaking quantitative assessment work for the very first time. They are often surprised and shocked with the findings. They didn’t know. They believed they were operating meritocracies—fair, merit-based systems that different people simply weren’t good enough to succeed in. They never questioned the stories they told themselves, assuming they even took the time to ask the question, “How can whole groups of people be missing?”

So where and what is your power in all of this? Say something. Humans who have unconscious bias create biased systems that lead to inequitable outcomes. You have the power to put a spotlight on the gaps, to create awareness, which is the first step in dismantling biased systems. Speak up and declare, “This is not fair. Let me tell you how things work here.” Reveal, “We are not a meritocracy, and here’s how the subjectivity shows up.”

The power to make referrals

Employee referrals, and unpublicized jobs via word of mouth, continue to be the largest source of new hires for most companies. Employees sourced from employee referrals tend to stay at the organization longer, onboard more easily, and are usually a better “fit.” That’s not only because of the candidates themselves. It’s often because the referred candidate knows more about the organization and its culture than a typical candidate.

Here’s the problem. People of color are disproportionately underrepresented in the referral process. They are not referring at the same proportional rates, nor are they being referred. When someone says, “I can’t find anyone,” dip into your diverse network and identify people to refer. Pay attention to the story you tell yourself about why you are not referring more people. Don’t sleep on this one.

The power of feedback

Feedback—specific, timely, and direct—is a gift. Yet when you’re different, you often miss out on helpful insights and guidance that others receive. It’s not easy to give anyone feedback, but it’s even more difficult when diversity is involved. What makes it difficult? Sometimes it is believing that the receiver may become defensive, show emotions, or perceive that you are criticizing them because they are different. Other times it is difficult because it’s not your official role and you don’t want to get involved.

Create a culture where feedback is seen as a gift, where withholding feedback is withholding something that has value. That means growing in our ability to give and receive feedback. If it’s the gift we say it is, then whether giving or receiving, there are no losers when feedback occurs. Then do your part. Make a difference.

The power to take care of yourself

Whether taking care of yourself means saying yes or saying no, exert your power to examine your needs and do your best to provide for yourself. Now more than ever, it’s time to care for yourself—physically, mentally, emotionally, and spiritually. Pay attention to the resources available to you that you may have, up until now, ignored. Ask for help. The irony here is that asking for help requires being self-aware, secure in yourself, and willing to be vulnerable—the very traits and behaviors that may leave us in difficult times. It is okay to say to yourself, “I’m going to take care of me.”

The Serenity Prayer is commonly quoted as follows: “God grant me the serenity to accept the things I cannot change, courage to change the things I can, and wisdom to know the difference.”

May you be granted the serenity to recognize your power and find your authentic voice, and use them both wisely for the benefit of yourself and others.

Janet Crenshaw Smith and Gary A. Smith Sr. are the cofounders of Ivy Planning Group, a 30-year-old consulting and training firm. They were recipients of PDJ’s 2020 Black Leaders Worth Watching Award, and were named Diversity Pioneers. In 2018, Ivy Planning Group won PDJ’s Innovations in Diversity Award.