Supplier Diversity Programs Can Have an Impact on Millions

Featured79
By: Brian Hall & Donovan Casanave, Shell Oil Company As it should, there is currently significant pressure on corporate leadership to develop and implement...

As it should, there is currently significant pressure on corporate leadership to develop and implement diversity, equity, and inclusion (DE&I) programs. However, many of these programs tend to be focused internally, working to increase representation within a company’s own workforce. While valuable and important, this represents only a small portion of the potential opportunity. As a result, corporations should take the opportunity and leverage their influence to think and act holistically by also considering their supply chain partners.

After all, very similar to climate change initiatives, governments, customers, and investors are increasingly expecting corporations to contribute to the DE&I development goals of society and to improve their support for smaller, underrepresented businesses in the communities in which they operate. By implementing these types of programs, companies can make a positive impact on the communities where their employees work and live, while also helping underrepresented businesses grow.

The U.S. Census Bureau reported that about 18 percent of businesses in the country are owned by underrepresented demographics, and yet, recent estimates indicate that these groups make up approximately 40 percent of the population. This dichotomy highlights the ongoing need to continue to invest in these types of businesses. More can, and should, be done to encourage the use of historically underutilized businesses as suppliers to help ensure that the supply chain reflects the ethnic and gender make-up of the communities where we live and work.

Not only can more support for underrepresented suppliers positively impact a corporation’s bottom line, it can also help to build those businesses, so that they can have their own positive impact on their community—an impact that sometimes can extend for generations.

Lupe Fraga founded Tejas Office Products in 1962, with the intention of providing Houston-based companies with high-quality office services and products. Through its 40-year collaboration with Shell, the company has grown to become the largest independent office products supplier in the area, benefitting from a bond that has continued to grow stronger every year. As a result of Shell’s concerted effort to support local underutilized businesses and establish long-term relationships, Tejas Office products has been able to develop and thrive, and create more opportunities for its employees and for future generations.

For example, despite the progress universities and colleges have made over the last decade to increase diversity in their student bodies, equal access to higher education can still remain a challenge for many underrepresented communities.

With the support of secure, well-paying careers with Tejas Office Products, generations of employees have been able to provide their children with the opportunity to pursue higher education, which in turn, has opened doors to a broader array of career paths. The impact of corporate-backed supplier diversity programs can and does go beyond an individual or local small business; it reaches throughout the entire community.

Along with providing a stable base from which to support continuing education opportunities, it is equally important to provide younger generations with role models and mentors to inspire them. Often, it is easier to aspire to goals that seem to be out of reach when children are able to see someone who looks like them achieve impressive accomplishments and be celebrated for it.

With this goal in mind, Michele Wink is devoting her time to working with the next generation of female leaders by teaching computer coding to young women. The second-generation owner of UP Professional Solutions, Michele has grown her company’s business across several of Shell’s business units.

Thanks in part to this success, her company has risen to new heights; Michele recently merged her firm with another, enabling her to take up a new role and pursue her passion for mentoring and educating the next generation of women.

It is no secret that science, technology, engineering, and mathematics (STEM) are still seen as fields struggling with both ethnic and gender diversity, making it crucial for successful women and underutilized demographics who are involved in related fields to help inspire the next generation to pursue STEM careers. By supporting Michele’s business growth, Shell is proud to know that it played a small part in helping her reach the point where she can now dedicate her time solely to providing hands-on mentorship to the next generation of female STEM professionals. Michele’s mentorship is not only helping diversify the future of the field, but is also providing aspiring young women with a true role model.

While investing in supplier diversity programs is the moral thing for companies to do, it has also been shown to be good decision for the bottom line. Supplier diversity programs have demonstrated a significant return on investment for corporate patrons, enabling them to expand their customer base into new and different consumer segments, which in turn, helps grow their market share while uplifting and empowering minority communities. Companies that allocate 20 percent or more of their spending to diverse supplier programs see these initiatives return a 10-15 percent lift in their annual sales, while those that spent less than 20 percent reported a less than 5 percent lift.

The reason behind this success is clear; members of underrepresented communities have seen an explosion of purchasing power over the last 30 years. In fact, the Selig Center projects total purchasing power for minorities at $3 trillion in 2020, based on data from the U.S. Census Bureau, the U.S. Bureau of Economic Analysis, and other sources. With these populations continuing to grow, supplier diversity programs enable companies to expose their products and services to a massive and growing customer base in a way that resonates with these communities—by showing they are invested in and care about the people with whom they’d like to do business.

For corporations, supplier diversity programs will continue to become an even higher priority. It can no longer be pushed “down the road.” After all, supplier diversity and advocacy can have positive, far-reaching effects on local communities and society as a whole. 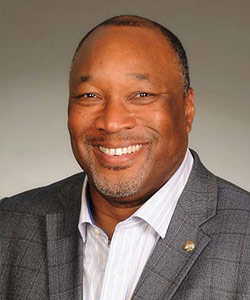 Brian Hall – Manager, Supplier Diversity & Advocacy, Small Business Liaison Officer, Shell Oil Company: Brian received his B.A. in Marketing and Computer Science at Sam Houston State University as well as post-graduate work at Texas A&M and Rice University. Brian started his career in energy with Diamond Shamrock (now Valero) in 1989, and recently completed his 25th year with Shell Oil Company in Houston. Throughout his career, he has delivered commercial impact across many of Shell’s business units including Retail Marketing, Shell Chemicals and Shell Pipeline. However, Brian describes his current Diversity & Inclusion work as the “role of a lifetime” as he helps to lead Shell’s supply chain transformation by focusing on developing the pipeline of small and/or diverse-owned business enterprises. His passion is helping suppliers to FIND THEIR FIT in the energy supply chain. 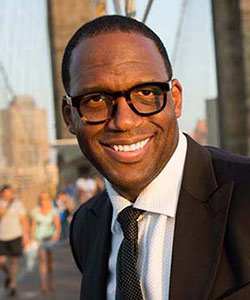 Donovan Casanave, Support Services Manager, Supplier Diversity, Diversity Outreach, Shell Oil Company: Donovan is the Support Service Manager for Supplier Diversity and Diversity Outreach at Shell. In this capacity, Donovan serves as the liaison between the small, minority-and woman-owned business community and the internal procurement pipeline, with a focus on Shell’s inclusion efforts. Donovan also manages the relationships between Shell, key Non-Government Organizations (NGOs) and community- based non-profit organizations such as The National Urban League, Rainbow Push Coalition, Asian Chamber of Commerce, and several others. Donovan has been a member of the Shell team since 2001 having worked in Strategic Sourcing and in a global role as Manager of Diversity, Inclusion & Talent for the Americas Region of Shell’s IT division prior to his current role. Before Shell, Donovan served as a team member in the Office of the Mayor of Houston, Texas.