Dechert LLP – Increasing Transparency around the Use of Force by U.S. Police 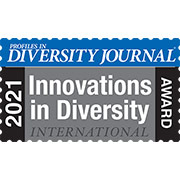 The May 2020 death of George Floyd prompted myriad questions about racial influences over the use of force by U.S. police and law enforcement. Despite the great societal uproar, however, a dearth of reliable nationwide data undermined chances for informed debate. Although theoretically matters of public record, incident reports pinpointing when, why, and against whom police officers employ force are rarely released to the public.

To increase transparency and propose solutions, The Leadership Conference on Civil and Human Rights, the largest U.S. human rights coalition, set out to create the first national database of police “use of force” data, enlisting a 20+-strong pro bono team from global law firm Dechert to kick-start its database by using state-level “freedom of information” laws to request data from police agencies.

Dechert’s involvement sits squarely within the firm’s longstanding efforts to fight police misconduct. The firm was recently appointed expert adviser on false confessions to the Cardozo School of Law’s Innocence Project, which works to exonerate the wrongly convicted through DNA testing. Collaboration with the Pennsylvania Innocence Project has also secured release for several wrongly convicted prisoners.

Dechert and the Leadership Conference were keenly aware of the challenges involved in contacting all 19,466 law enforcement agencies in the country. Instead, they resolved to begin by targeting the 200 largest police and sheriff ’s departments by population, including those in New York City, Miami-Dade County, San Diego, and Spokane.

Dechert lawyers first identified the state-level laws to be invoked; then they refined the data types that would be sought. Metrics, such as the names of officers involved in incidents, which were arguably not a matter of public record, were discarded. Data fields in the final template included the rank, years of experience, age, race, ethnicity, and gender of officers in question; the type of force used; whether injuries were sustained; and whether officers wore body cameras. The lawyers then filed requests with the 200 police agencies, seeking information on incidents from the previous four years.

Prizing information out of often- recalcitrant police departments was no easy matter. Dechert lawyers shouldered much of the burden in refuting often creative objections or countering straight refusals by police departments to divulge information, despite them being required by law to do so. Some departments stalled so long that Dechert eventually felt obliged to impose a finite timeline on each request, informing the Leadership Conference when a request had been in limbo so long it could sensibly be considered moribund.

Despite the challenges, the Leadership Conference launched its Accountable Now database (www.accountablenow.com/) in February 2021, winning press coverage in Time and other media outlets. Six months on, it now contains data from 143 law enforcement agencies in 14 cities, analyzed to aid comparison, and presented in a user-friendly way that is easy to filter by city, year, type of force, race, or gender of the person that police used force against—evidence of real progress in efforts to help the public examine racial and other demographic disparities in how their cities are policed.