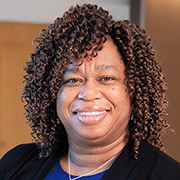 Dechert was one of the first firms to pilot the Mansfield Rule principles outside the United States, and in the United Kingdom, and the first law firm to sign the Business Statement Opposing Anti-LGBTQ State Legislation, taking a stance against discrimination of LGBTQ people in proposed U.S. legislation. In 2021. the firm spoke out as hate crimes toward members of the Asian community increased around the United States.

We sponsored the Black British Network (BBN), a 2021 initiative created by 56 Black Men campaign founder Cephas Williams. Our Stand Against Racism Town Hall and Speaker Series, launched in 2020, has become an integral part of our culture. Dechert was also a market leader in giving time off to commemorate Juneteenth (June 19).

In 2022, we will design and launch an effective firm-wide mentoring program; implement a partner diversity scorecard to track diversity representation on client matters and pitch teams; build on our town hall and racial justice; and continue our interactive sessions on inclusive leadership, including allyship, affinity bias, attribution bias, covering, in and out groups, priming and unconscious bias. Dechert will also host an in-person Diverse Lawyers’ Symposium and a virtual SASS program for senior female associates, counsel, and national partners; and design DEI initiatives and professional-development opportunities for business service professionals.