It creates an unhealthy workplace, when senior executives stymie product and service development, creativity, and innovation because they engage in the “blame game.” Pointing fingers at individuals for making mistakes, fosters negativity and creates an environment in which team members either refuse to admit their failures or deny them when confronted. It also leads to exclusion and marginalization of colleagues. The outcome is lower job satisfaction and higher turnover, both of which have a negative impact on performance. The only way to build a healthy culture within an organization, where everybody learns to support each other, is to put an end to the blame game.

As an Indian living in America and a woman engineer (a profession still dominated by men), I’ve experienced first-hand the blame-game culture. Here are two examples. Earlier in my career, my team delivered a project to a client on time and saved the employer money. The boss sent out an email saying kudos to everyone on their work.

The next day the client discovered some features weren’t working as expected. Suddenly, the boss contradicted himself from the day before, and the team was dragged into a post-mortem meeting, where everyone simply pointed fingers, trying to determine who was responsible for the errors.

In a second example, I was assigned to work with three senior lead engineers, all males, who were already friends. When they found mistakes in things, they blamed me. It felt like they were trying to showcase their bond and prove that I didn’t fit in. I was disappointed and disheartened, and realized that I did not want to work in that environment for long.

The reality is that when management or others blame individuals for errors on one occasion, the same individuals quickly become the go-to scapegoats for any future problems. As a result, they are afraid to volunteer for stretch assignments or more complicated tasks. They become passive and hesitant to take the initiative, lest they are blamed yet again. Instead, they wait to be assigned a task, which is usually something that doesn’t challenge or motivate them.

Diversity and inclusion in technology roles

The blame game not only comes from a management style, but also from a lack of awareness of and belief in the value of diversity and inclusion in the workforce—especially in technology roles. I have observed many people like me, who are very much part of the culture and workplace teams in our home countries, but are incorrectly regarded as lacking the skillsets needed for the job in the United States. As a result, some coworkers tend to underutilize us and assign us menial and low-profile tasks.

How to break the blame-game cycle

Fortunately, now as a senior engineer in an executive role at a major banking corporation, I am in a position to eradicate the blame game. However, it’s taken me more than 12 years of hard work to get here. In my current role, I strive to foster a more collaborative work environment. I have made it my mission to create a healthy, supportive culture. I tell my team members it’s okay to admit they don’t have the answers to all the problems. Mistakes are learning opportunities. I tell them we are all human. Even me! That openness and honesty is what allows us to come together and solve problems using a wholistic approach.

Erasing the blame game from a corporate culture is not going to happen overnight, but here are the steps I practice:

It takes a village

I believe we can eliminate the blame game. As an executive, it’s about being persistent and honest in your work. If you share your problems with your team and ask them to help you solve them, you will learn more and experience greater success. By working to halt the blame game culture, each of us can commit to doing whatever it takes to build a healthy workplace that runs on mutual respect, engagement, loyalty, and productivity. 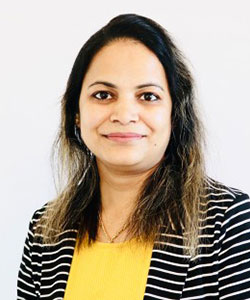 Poonam Garg is a vice president at U.S. Bank, where she is an engineering leader and women in technology advocate. Her technical skill sets include multiple scripting languages, programming languages, web technologies, Java frameworks, relational databases, operating systems, open-source tools, cloud technology, security tools, engineering architecture, and more. She is a speaker at many tech industry events, an advocate for women in technology, and an active member of the global Women in Technology (WIT) Network. She holds an MBA from the University of Minnesota.

This article is solely the opinion of the author and is no way connected to her current place of employment.