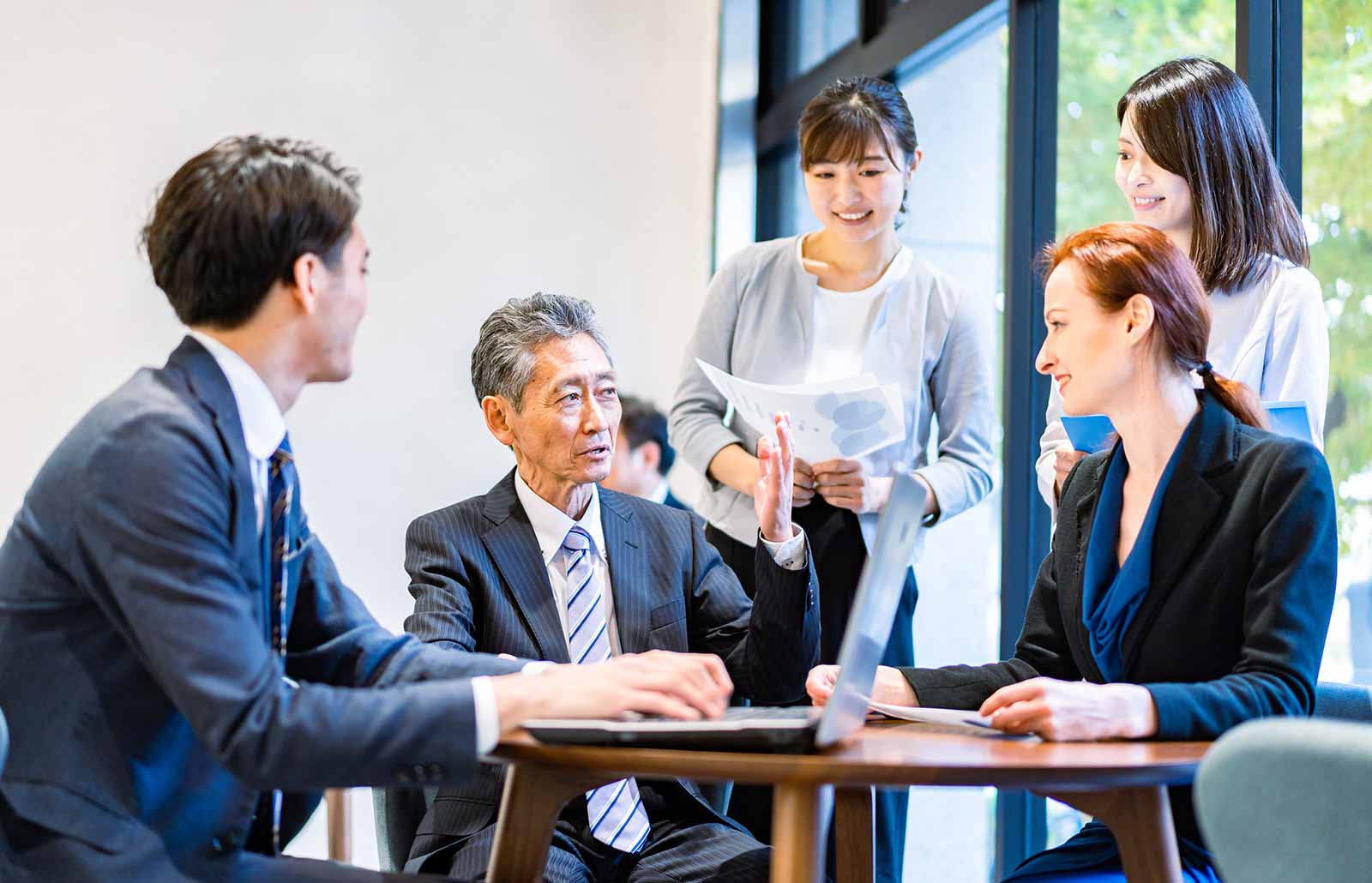 “I think U.S. and Chinese businesses need a common language and dialogue.”

The 19th century Swiss philosopher Ferdinand de Saussure wrote, “In the lives of individuals and of societies, language is a factor of greater importance than any other.ii ” No doubt there’s some truth in this remark. But, as Bill Bryson writes in The Mother Tongue, a linguistic convergence is well under way, which may one day make the fears of Saussure a thing of the past.

“For the airlines of 157 nations (out of 168 in the world), [English] is the agreed international language of discourse. In India, there are more than 3,000 newspapers in English. The six member nations of the European Free Trade Association conduct all their business in English, even though not one of them is an English-speaking country. When companies from four European countries—France, Italy, Germany, and Switzerland—formed a joint truck-making venture called Iveco in 1977, they chose English as their working language because, as one of the founders wryly observed, “It puts us all at an equal disadvantage.” For the same reasons, when the Swiss company Brown Boveri and the Swedish company ASEA merged in 1988, they decided to make the official company language English, and when Volkswagen set up a factory in Shanghai, it found that there were too few Germans who spoke Chinese and two few Chinese who spoke German, so now Volkswagen’s German engineers and Chinese managers communicate in a language that is alien to both of them, English.” iii

Language barriers are indeed falling fast through such agreements and even through technological translation advances. This is especially advantageous for native English speakers, as English becomes the unquestioned lingua franca of business. Nonetheless, language still presents a significant barrier. And it is worth noting that all of the ideas for managing internationally are of little advantage to us if they are rendered inappropriately.

As the Wall Street Journal reports, even email exchanges between bosses and employees are a common source of conflict and miscommunication. They write: “The potential for email misfires between bosses and subordinates is mounting, as the volume of email grows and more people read it on the fly on mobile devices. Sometimes the boss is too rushed to read. Employees fuel the problems by sending poorly written emails. Deeper issues can arise if bosses’ and employees’ communication styles clash.”iv If we struggle so to communicate with people right down the hall, how are we doing with people across the globe? How are we doing with people who speak and think in a different language, who communicate in a different context, who express emotions more or less visibly?

Judging by those living in a foreign country, not well it seems. InterNations, an organization whose core mission is to give expats a great experience around the world, conducted a study involving 12,519 expatriates, representing 166 nationalities and living in 188 countries or territories. Their central finding? “The major reasons why expats often feel unwelcome are language or accent. More than four in ten expats (42%) have felt unwelcome in their new country to some degree because of these factors.

Expats are most likely to think that their language or accent makes them stand out in France, Austria, Denmark, the Czech Republic, and Germany. For example, 62% of expats in France have recently felt unwelcome due to language issues.” v

Unsurprisingly, there is no shortage of stories in which culturally driven miscommunications result in financial loss, embarrassment, and even physical harm. Nokia, for instance, introduced its Lumia phone into Latin American markets without consulting a native Spanish speaker, only to find out to their dismay that the term is a slang word for “prostitute.” Additional examples abound: vi

Similarly, India Hicks CEO Nicholas Keuper spent 24 years with Boston Consulting Group, rising to the position of managing director. He worked first out of Germany, while traveling throughout Europe, then went to Thailand, China, Hong Kong, back to Germany, and then onto the U.S. He relates this story from his time in Thailand: “We had an Australian senior partner and he used in the kickoff meeting an Australian expression which relates to big projects having to be approached step-by-step. He said, ‘How do you eat an elephant? Slice by slice!’ And of course, the core Thai executives’ faces just turned ashen because the elephant is a very sacred animal in Thailand. So they asked, ‘But why would you eat an elephant? Do Australians eat elephants?!’”xiii

These stories illustrate the ways in which communication itself presents yet another barrier to overcoming cultural differences. But words alone are not the problem. Language consists not just of defined words and rules, but also the informal rules about speaking, listening, and even nonverbal body language. Let’s explore these ideas by first considering an emotional man named Spike and his calm counterpart Serena.

Spike and Serena are both honest, hard working and intelligent people, but to the outward observer they could hardly be more different. Spike shows his emotions easily. Some say he is volatile. He’s quick to flash a smile, but with the right spark, that smile can just as quickly devolve into anger or frustration. Spike is affective.

Serena, by contrast, keeps her emotions in check. Rarely do you see her angry. She is calm, even stoic. When she is happy, she tries to hide it from others, even stifling her laughs or putting her hand over her mouth as if embarrassed. Serena is neutral.xiv

Now imagine how you might perceive Spike and Serena if they were your coworkers. Let’s say one day you’re in a meeting where you find out the company made a costly, and let’s be honest, a dumb mistake. Spike reacts to the news by slamming his hands on the table and shouting angrily. His face is also contorted in anger. Now consider your probable interpretation of this behavior. You might say, “Whatever, he always does that. It’ll pass.” But now imagine if Serena acted in this way. For her, this is a remarkable display of anger. You might instead say, ‘Oh boy, this must be serious. Did you see how angry she was? She’s never like that.”

The point is that how we interpret emotions is largely driven by what we expect of the emoting person. But Spike is not just your coworker. He may be seen as a stand-in for the highly emotive, or “affective” cultures found in many Middle Eastern, Latin American, and Latin European countries.xv Serena may represent the neutral cultures of the Japanese, Ethiopians, or Austrians.xvi

We judge others through interactions, and so these and other differences in communication styles can lead to vastly different interpretations of people. Indeed, this is the incubator in which so many stereotypes grow strong. Neutrals traveling to an affective country full of Spikes, for example, may be tempted to say that their “blood runs hot,” just as affectives in a neutral country full of Serenas may feel they’re in a place full of cold-hearted dullards.

But in truth, culture strongly influences an individual’s affective tendencies. Suppose Spike lives in an affective society and really wants to make it known that he is angry (or happy or sad); given how affective he and everyone around him is on a regular basis, he must be even more emotional than normal. To make any impact at all on his colleagues, he may have to scream like mad before storming out of the conference room (or laugh more than normal or shed tears). He is thus enculturated, or “mentally programmed,” to behave emotionally. And if Serena lives in a neutral culture, she knows that even a minor expression of emotion may signal strong emotions.xvii To behave as Spike regularly does might be truly shocking.

Although Americans are moderately affective on the whole, they tend to take a neutral approach within the business context.xviii Why the difference? The “it’s not personal, it’s business” mentality so often seen in American offices arises from a universalist perspective, which reinforces a rule-based approach to business in which human relations are somewhat subordinated to objective skills and general standards. This rules-based approach, in theory applicable to everyone regardless of race, gender, religion, and the like, is considered “fair” and even ethical, and thus provides the justification for a relatively dispassionate approach to business.

Understanding the relative affectivity of the culture from which come your business partners, customers, and colleagues is important: the cross-cultural business person seeks not to miss the note of dissatisfaction that passes ever so subtly over Serena’s face; she avoids taking offense, or attributing too much significance, when Spike behaves affectively. Mutual understanding is at the heart of business relationships, but the risk of misunderstanding and the potential for mistrust is even higher in cross-cultural relationships. As the Wall Street Journal’s piece on emails lost in translation illustrates, communication is an imperfect art even among countrymen. 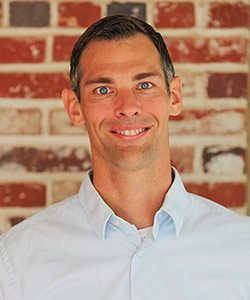