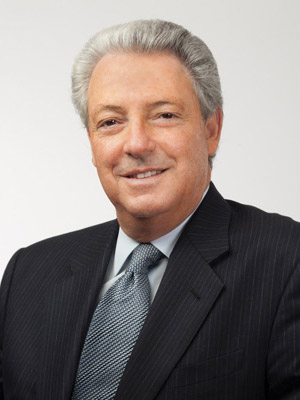 During the last five years, since I became CEO, establishing best-in class diversity and inclusion practices at Interpublic has become a personal priority for me as well as a business imperative for Interpublic.

Growing up in Brooklyn’s Flatbush neighborhood during the 1950s, I learned about diversity firsthand. Accepting and living with people from a variety of cultures and backgrounds who spoke many different languages – literally and figuratively – was a way of life for me and my family. It’s now a way of life in the business world as well.

Embracing diversity makes us a better partner to our clients, a more attractive employer, and better at creating value for shareholders. It’s logical that a diverse workforce can communicate more effectively with an increasingly diverse global consumer. People of color now make up about 35 percent of the population in the United States. The spending power of four major multicultural groups – African Americans, Asian Americans, Gays and Lesbians, and Hispanics – is expected to collectively reach over $4 trillion by 2013.

Diversity is increasing around the world too. About half the population of London self identifies as a member of an ethnic group. In Sydney, a third of the population was born overseas. You’re also seeing it in fast-growth markets like Seoul. Even in countries like Germany or Belgium, there is greater diversity among the population than we have ever seen. So diversity plays into our long-term plans for how to grow business at IPG in all markets in which we operate.

Research shows that creativity, productivity and efficiency improve when diversity increases. And our talent is not only happier, but better if we get this right – diverse companies have higher morale and become employers of choice for the best talent. Apart from the business case, we’re also committed to this because it’s the right thing to do. Everyone has something to contribute and everyone needs the chance to achieve their aspirations and that can only happen in an inclusive culture. I’m fortunate enough to be in a position to make a difference, and I see that as a moral and executive obligation. I’d like to see us set the standard and make a difference for the industry as well.

Thanks to the programs we’ve implemented over the last few years, we’ve made great strides, but we’re not done yet. I remain committed to building on our progress, and making sure IPG accurately reflects our clients, consumers and the communities where we do business.