Nonprofit62
Being a teenager is not easy – bullying is a rampant problem plaguing American schools. A recent article in Columbia University’s Pediatrics found that... 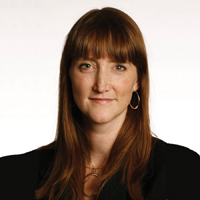 Being a teenager is not easy – bullying is a rampant problem plaguing American schools. A recent article in Columbia University’s Pediatrics found that LGBT youth are roughly five times more likely than their heterosexual peers to attempt suicide. The study also found that the risk of suicide among LGBT students is 25 percent greater in schools without gay-straight alliances and other supportive programs.

Consistent with its commitment to the community’s most vulnerable, Robins, Kaplan, Miller & Ciresi L.L.P. volunteered its time and resources to defend local LGBT youth against discrimination at school. The pro bono opportunity arose when a high school refused to recognize a group of students organized to promote tolerance and respect for LGBT individuals. The group, Straights and Gays for Equality (SAGE), was denied access to meeting facilities. They were refused an activities budget, prohibited from taking field trips, and were not allowed to fundraise. Disenfranchised, the members of SAGE turned to local lawyers.

At the end of nearly five years of contentious litigation, SAGE secured a precedentsetting injunction entitling it to “the same access for meetings, avenues of communication, and other miscellaneous rights” afforded to other student groups. The case settled in spring 2009, and in the school year since, the firm continues to work with students to enforce the injunction.

Proudly, SAGE has become a formidable force for change. In this 2010-2011 school year, the group sponsored five events with school-wide impact including a “honk for equality” and observation of the “Day of Silence.” Students note that reporting and discipline of LGBT bullying has improved. And to pay their hard-earned good-fortune forward, SAGE worked with a local junior high to establish a support group for younger LGBT and questioning students, so that they too can feel like safe and valued members of the community.