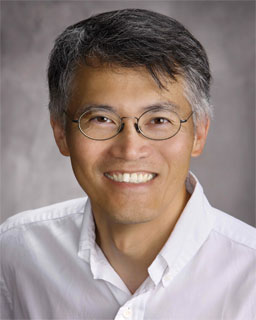 What motivated you to choose your field/career path? How did you come by your current position?
I went into engineering because I excelled in math and science. I was motivated to go into electrical engineering because it was known as the most challenging engineering curriculum at our school. I joined Sandia National Laboratories because of the high-caliber staff and the challenging work that it offers. I was promoted into my current position three years ago from being the manager of one of the four departments within the group.
[sws_pullquote_right]”Given the educational and socioeconomic levels of average Asian Americans, we can and should have a stronger voice in the political system.”[/sws_pullquote_right]
What are the major values of your heritage? How have they helped you in your career?
Two core values of the Asian American heritage are the emphasis in education and the willingness to work hard. Both values I believe influenced my decision to pursue a Ph.D., and consequently, enhanced my qualifications to go into management and eventually applied for the Senior Manager position.

Are there any stereotypes of Asian/Pacific Americans that should be refuted or are incorrect?
There is the stereotype that Asian Americans do not want to stand out or attract attention, hence we are often perceived as not having leadership qualities. Although that might be true for some first-generation Asian Americans who lack good verbal communication skills, this is generally not an issue with native-born Asian Americans. We can and should pursue all types and all levels of responsibilities in the workplace.