The History, Origins, and Changing Perceptions on Sexual Violence Against Women

Women88
By Dr. Theckedath Mathew, author of Joshua: The Odyssey of an Ordinary Man Although we have just concluded Sexual Assault Awareness month, it’s more... 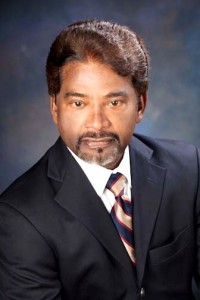 By Dr. Theckedath Mathew, author of Joshua: The Odyssey of an Ordinary Man

Although we have just concluded Sexual Assault Awareness month, it’s more important than ever to continue to raise awareness about the sexual violence that women and girls must endure around the world. One of the keys to educating people worldwide is providing them with little known (and, yes, sometimes controversial) knowledge and history about the roots of violence so they better understand where it came from and what to do about it.

Violence against women is an age-old practice, deep-rooted in many of the religious scriptures and traditions. In many, a woman is worth less than a man—she is essentially worthless. It is still just as much, if not more, of an issue in our current day and throughout many cultures across the globe.

The sad truth is sexual assault and the rape of women and children has always been part of the dark side of humanity. But of late, there has been an exponential rise in the intensity, frequency, and brutality of violence against women. With the wide use of cell phones and other digital media, pornography has become extremely widespread and has consequently resulted in diminished respect for women. Once upon a time, adult sex was the sole content of pornography, but now various heinous versions of sex and grotesque child pornography have become commonplace.

What is the solution to this escalating sexual violence? This is an extremely difficult question to answer.

In the Taliban-lead provinces or in areas of extreme Muslims, the answer lies in the education and empowerment of women. The revolution should come from within, like that of Malala Yousafzai. The Taliban know this, and for them a girl going to a school with a textbook in her hand is a much more frightening sight than a drone circling above their heads with bombs ready to be dropped. In such areas, widespread use of digital media like Facebook for dissemination of ideals of freedom, women’s liberation, and democracy will have some effect. However, western countries going to war with these fundamentalist nations with the idea of bringing democracy and civilization in place of theocracy and tribal rules will have very limited value by experience.

However, the issue of reducing violence against women in western countries like the U.S. is an entirely different matter. The first things we must look into are the risk factors that evoke extreme violence against women and the situations in which a woman is in jeopardy. We are living in a new era where drugs and guns are plentiful, violence is on the rise, and women must always be on the lookout to avoid situations that could lead to violence; they must know to look for risk factors for sexual violence and to avoid those people, places, or circumstances.

Knowledge, understanding, and preparation are all key elements for women, as well as all those around the world who wish to put an end to the violence, to consider. After all, knowledge truly is power.