Legal14 Mentoring19
By Grace Austin Founded in 2010, The Leadership Council on Legal Diversity (LCLD) was created with the mission to develop initiatives to improve diversity... 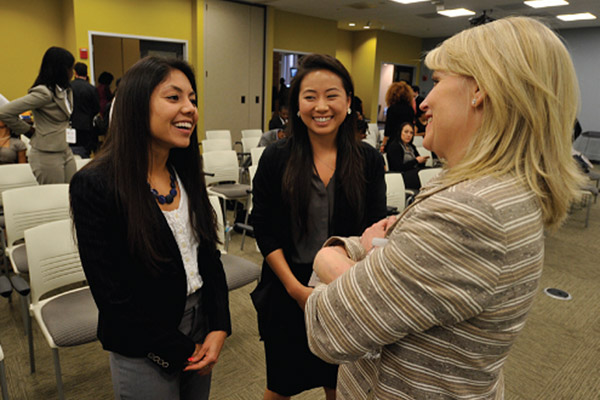 Founded in 2010, The Leadership Council on Legal Diversity (LCLD) was created with the mission to develop initiatives to improve diversity in the legal field. The LCLD seeks to unite both corporate legal departments and individual firms to take action on a national level.

“Our world is diverse. The organizations that participate in this dynamic and evolving community need to be reflective of that, and be in concert with that. The best opportunities for success with these organizations will take place with the strongest group of talent that can match the diversity and bring the perspectives that are necessary to compete in this global economy,” says Executive Director Robert J. Grey, Jr.

Rick Palmore, general counsel, executive vice president, and chief compliance risk management officer and secretary at General Mills, sought to create more diversity in the legal field. Drafting a letter in 2004, “A Call to Action, Diversity in the Legal Profession,” to his colleagues, it eventually led to the creation of the Association of Corporate Counsel program Call to Action. More than 120 general counsel signed the Call, agreeing to evaluate their own departments and outside law firms’ diversity efforts. This ultimately led to the formation of the LCLD, for which Palmore now chairs.

“I am not sure what I expected [when I wrote the letter], but I certainly hoped my colleagues would express their agreement that diversity is central to the talent proposition. I also hoped that my colleagues would affirmatively support the notion that diversity should be considered as a key part of law firm performance. I am delighted that my hopes were exceeded,” says Palmore.

For Grey, a former American Bar Association president, the LCLD came from a realization that diversity in the legal profession was flat lining. “We felt like we plateaued in the diversity numbers. While we are gaining more women and minorities in the incoming ranks, we are losing them before they get to the leadership ranks. So the idea was to focus on preparing lawyers with the requirements and dynamics when it comes to the profession and higher positions,” continues Grey. “We wanted to make sure they have the tools to do this.” 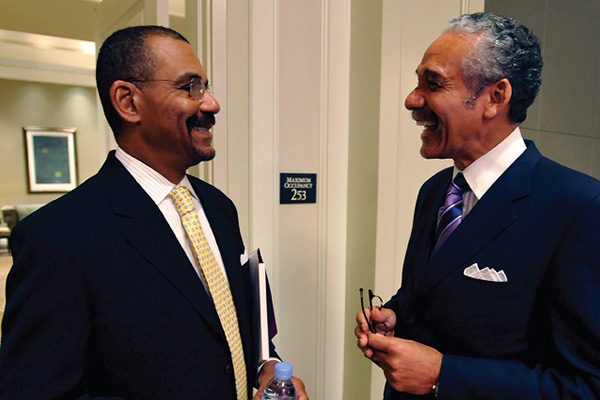 “The talent issues the profession faces are much too large for companies to handle alone. Our best chance of success is if firms and companies work together to find ways to win. It is clearly in our mutual best interest,” asserts Palmore.

Four initiatives have been outlined by the LCLD to move legal diversity forward. The first, strategy and innovation, looks to create a tool to measure diversity at law firms and legal departments, both quantitatively and qualitatively. The second, partnership and teams, seeks to build partnerships and collaborations with legal entities interested in diversity, while the third, development, works to educate and develop diverse lawyers’ careers. The final goal of the LCLD is to support programs that encourage diverse people to enter into the legal profession.

These have all been formed into separate committees, which work to tackle these issues.

“The leadership model is really based on accountability. If we are going to expect results and require action, we’ve got to be there participating, not just demanding. This group of leaders is saying that they’re not going to ask somebody to do something that they won’t do themselves,” relates Grey.

The LCLD has also instituted a number of programs, some with a focus on mentoring, like the LCLD Law School Mentoring Program and the LCLD Fellows, and others with an emphasis on pipeline issues, like the LCLD Scholars Program, Pre-Law Workshops, and the SALT/LCLD Pipeline Partnership.

The LCLD Fellows program, for example, the first at the organization, gives selected attorneys a one-year immersion in networking, personal branding, relationship building, and stewardship and leadership skills. The Fellows, a majority of whom are mid-level attorneys, are nominated by their organizations. They participate in “leadership lunches” three times per year with general counsels and managing partners, and quarterly “learning experiences,” in which a general counsel invites Fellows to visit a corporate site and learn more about the general counsel experience.

“The LCLD Fellows Program is one of the most transformative experiences I have had in my career,” says DLA Piper Partner and former Fellow Angela J. Crawford. “The Program acknowledges that lawyers who are exceptional leaders must combine technical expertise with relationship building, networking, emotional intelligence, and mentoring/sponsorship. I left the Program with a renewed commitment to make myself and my organization better.”

For Grey, the flagship Fellows program could arguably show the most return on investment for the law firms and corporate legal departments that participate. “I think it really shows the value of providing these tools to be successful and opportunities to build relationships,” relates the executive director.

The pipeline programs offer resources and aid to both law students and potential students and law school personnel that have a direct impact on admissions and retention.

“Through these programs a lot more students are getting exposure to this environment,” says Grey. “We think as a result of that more lawyers and law students are looking to this part of the legal profession as a viable means of future employment.”

The LCLD sets itself apart through its work with law firms and corporate diversity alike. What makes it so successful, though, are the experiences of the diverse lawyers that participate in their programs.

Former Fellow Bill Simonitsch, a partner at K&L Gates, was nominated by his firm to participate in 2012.

“As a diverse attorney, when I see that a corporation or firm belongs to the LCLD, it tells me that diversity and inclusion is truly being incorporated as part of the DNA of that organization,” says Simonitsch.

“So long as more companies and firms prioritize diversity and inclusion in that way, then the future looks brighter in terms of improving the numbers of diverse attorneys at the upper levels of firm management and corporate structure.”