Health39
Providing Options for Low-Income Women By Noelle Bernard Boyer Low-income women are falling through what is being called “the health care coverage gap” as...

Low-income women are falling through what is being called “the health care coverage gap” as the nation moves toward full participation under the Affordable Care Act.

On January 1, the country’s new law extended health care coverage to roughly 14 million uninsured American women through either the expansion of Medicaid eligibility, a state-federal program for low-income individuals, or through tax credits to purchase private insurance, according to a January report by the National Women’s Law Center (NWLC) comparing low-income women with and without health insurance.

Historically, low-income women may have additional challenges, given the high cost of health care coverage. According to the Health Resources and Services Administration (HRSA) Office of Women’s Health. The Affordable Care Act of 2010 helps remove financial barriers to care by expanding Medicaid eligibility for more low-income people.

The law aims to increase Medicaid eligibility by basing coverage solely on income. Before the law passed, Medicaid was only available to individuals who were pregnant, had children, were over the age of 65, or had a disability. Now, individuals under the age of 65 with incomes below 138 percent of the federal poverty line have access to Medicaid.

On average, more women qualify for Medicaid than men due to their lower incomes and greater likelihood of meeting the programs requirements. According to the Kaiser Family Foundation, 12 percent of women in the U.S. are covered under Medicaid today.

However, in June 2012, the U.S. Supreme Court ruled that states are free to choose whether or not to expand Medicaid coverage. It is each state’s prerogative to accept or deny the federal compensation needed to cover the increased number of individuals in the Medicaid program.

The political landscape creates a widening divide
At this time, 25 states have not yet expanded Medicaid eligibility, which the NWLC report says leaves “over 3 million in the coverage gap.” The coverage gap refers to individuals at or below 100 percent of the federal poverty level. These individuals have incomes that “fall below the level where tax credits to buy private insurance become available.”

“In these states, some people with limited incomes may have fewer coverage options. Their incomes are too high to get Medicaid under their state’s current rules, according to the HRSA Office of Women’s Health, but their incomes are too low to qualify for help buying coverage in the Marketplace.

If states do participate in the expansion, the federal government covers 100 percent of the cost for the Medicaid population during the first three years and then 90 percent of cost after that. 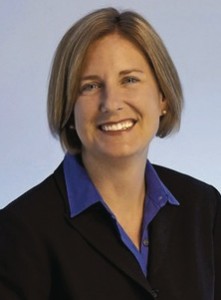 According to Karen Davenport, director of health policy at the National Women’s Law Center (NWLC), “the political landscape of the state” can help determine whether states have chosen to update Medicaid eligibility.

“We certainly consider this to be more than a political issue,” Davenport said. “There’s an opportunity on the table for states to really address a dire situation. These are women who have limited access to preventative care and to the basic health care services that they need, much less to specialty care.

“Looking outside our self-interest dynamic, there’s value in knowing that people in your community have the mechanisms they need to take care of their own health.”

The false comparison between accessible and affordable coverage
Hadley Heath, director of health policy at the Independent Women’s Forum, says the key to quality health care reform is providing people with resources to buy their own private insurance. According to Heath, the NWLC’s report assumes overall that women with any type of health insurance are better off than
women without.

“Conservative opponents of Medicaid expansion prefer to compare Medicaid to private insurance, because this paints a different picture of the program,” Heath said. A 2011 survey from Health Affairs found that 31 percent of physicians were unwilling to accept new Medicaid patients. Because doctors won’t see them, Medicaid patients can’t get access to routine checkups and preventative care, which, in turn, leads to poorer health outcomes.

“The traditional Medicaid program is struggling because providers have recognized that it’s not as profitable to see Medicaid patients as it is to see private insured patients,” Heath said. “The best way we could help people who struggle to afford insurance is to allow them to buy private insurance with some form of government help.”

Under the Medicaid expansion, the health care system also faces a supply and demand problem that potentially puts patients at risk. 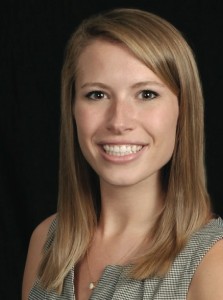 “If we have essentially the same number of health care providers next year that we had last year, but we have a very steep increase in the number of patients who have Medicaid or an exchange plan, then how will the health care system deal with this increase in demand for services?” Heath asked.

“A better approach to make health insurance more affordable for women who are close to the poverty line—and for everyone else—would be to focus on making the health insurance companies compete with each other more,” Heath said.

“Look at any other market. The reason companies have to offer high value and a low price is that we have so many other options.”