Religion: A Window Into Culture

Multi-Cultural23
What do the Wailing Wall in Jerusalem, the Buddhist shrine in Chang Mai, Thailand, the Blue Mosque in Istanbul and St. Peter’s Basilica in...

What do the Wailing Wall in Jerusalem, the Buddhist shrine in Chang Mai, Thailand, the Blue Mosque in Istanbul and St. Peter’s Basilica in Vatican City have in common? They are four different expressions of religion, a common denominator that has developed within four distinct cultures.

Though all four of these cultures have a record of the presence of other faith traditions in their history, each reveals one influence predominating over the others. In the United States, that prevalence is Christianity. Just think of the numerous hot button issues that have occupied much public debate in both past and present political discourse. One would be hard put not to find a foundational Christian touchstone in any of them. Prohibition, civil rights, public education, the theory of evolution vs. intelligent design, and public educational curriculum easily come to mind.

“Some might argue that american society is religiously conflicted.”

Every one of these issues touches upon one or more underlying Christian principles that make the rhetoric of their discourse more passionate and their resolution more complex. At the United States Air Force Academy, the Chaplain Corps has launched a new religious respect program that seeks to broaden the awareness of our nation’s religious diversity. Beyond the traditional faith groups of Catholic, Jewish, Orthodox and Protestant traditions are the minority Buddhist and Islamic traditions plus the secularist, atheist, Earth-Centered and freethinker constituencies.

A quarterly newsletter is emailed to cadets, faculty and administration identifying the high holy days of each constituency, plus reference websites and staff points of contact for further information. The purpose is to facilitate a greater awareness of the religious diversity within the community and to advance the discussion of that diversity in respectful dialogue.

As America continues its forward march into the 21st century, interested readers in this topic should monitor at least two developments that will impact the future direction of religious influence in America. First, an increasing attention is being paid to the emerging diversity of non-mainline and minority religious constituencies. Second, there is a growing advocacy that seeks to reduce the role of any religious tradition in public legislation or policy. That this discussion takes place at all is itself a window into the cultural importance of things religious.

Some might argue that American society is religiously conflicted. I would argue that religion and culture will continue to intersect each other. One thing is certain: religion remains a dynamic player in contemporary American society. I believe it will continue to be so for the foreseeable future. To that extent, religion will provide a window into the culture of our great nation.

This article has been sponsored by:
United States Air Force 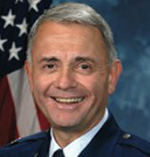