Community22 Nonprofit62 Volunteer17
Nationwide Insurance Partnership with Nationwide Children’s Hospital can be traced back decades through philanthropic support and the volunteer service of the company’s employees. 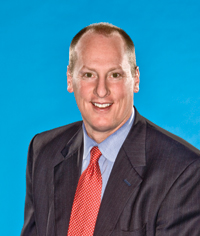 Nationwide Insurance Partnership with Nationwide Children’s Hospital can be traced back decades through philanthropic support and the volunteer service of the company’s employees. In 2006, the Nationwide Insurance Foundation provided a $50 million gift to the hospital’s child Safety and Injury Prevention, Neonatal Intensive Care and Heart Center programs. The grant also funded five endowed chairs to help the hospital recruit top physicians and scientists.

In 2011, Nationwide found new ways to support its long-time partner. The hospital launched its Miracles at Play program in February, designed to help the public understand the miracles happening there every day. The program highlights the Miracle Kids—seven children who faced serious health challenges and received care at Nationwide Children’s Hospital. Today, they are thriving and doing well, thanks in large part to Nationwide Children’s Hospital.

The hospital’s goal is to build relationships with its supporters through social media or email by driving them to miraclesatplay.org to learn about the Miracle Kids and other stories of courage. To help kick off this effort, Nationwide donated a 150-foot tall, 21,000 square foot wall-scape billboard. The side of a prominent building in downtown Columbus was transformed into a giant-sized playground for the larger-than-life Miracle Kids, making Miracles at Play impossible to miss.

Nationwide’s commitment to the hospital continues through its sponsorship of the PGA Tour’s Memorial Tournament. Nationwide became sponsor in 2011, enhancing the tournament’s already strong support for the hospital. The company partnered with tournament founder and golf legend, Jack Nicklaus, to create the legends luncheon, a premier event focused on generating financial support for the hospital. The inaugural event raised $250,000.

“Nationwide is proud of our history with Nationwide Children’s Hospital,” said Chad Jester, President of the Nationwide Insurance Foundation. “We look forward to finding new ways to enhance our partnership in the future.”