Employee Engagement16
For the past several months I’ve been working with a client in the financial industry on the topic of unconscious bias.

For the past several months I’ve been working with a client in the financial industry on the topic of unconscious bias. My client had expressed concern that biases in how decisions were made in the organization, particularly around personnel matters, were having a negative effect on the firm’s ability to identify and develop the best talent in the organization. In my engagements with this client, one of the first things I do is to give them a test. It is a simple test, actually. I show them a sentence projected onto a screen and ask those in the room to count the number of times that the letter “F” appears in the sentence. They have seven seconds to complete the task. Inevitably people in the room will have counted a different number of Fs. So, I show the sentence again and give them another seven seconds to count. Some count the same number they did initially, and some count more than they had the first time. I reveal the sentence for a third time, only with no time limit. There are a total of 8 Fs, but only a handful of people identified the correct number. I ask them what they missed and invariably they say “I missed the F in the word OF.” I ask them why and the say something along these lines, “It’s an insignificant word,” or “I didn’t notice the word…my mind skipped right over it.” I then ask them, “So who are the OFs in your organization?” The room is silent for several minutes.

This simple exercise is a powerful demonstration of the way the human brain works. In an effort to create efficiencies and allow us to deal with the plethora of data and stimuli that we are inundated with at any given moment, our brains have found a way to allow us to skip over information without significantly altering meaning or context. This efficiency is problematic, however, when it is an individual or a group of people that are deemed insignificant, and therefore skipped over in the organization. Even more problematic is that we are blind to the fact that our brain is working in this manner, and therefore fail to realize that we are unconsciously biased, despite the likelihood that most of us would not intentionally discriminate based on characteristics such as race or gender.

“Asking for the feedback about our bias before we act in ways that can be perceived as discriminatory will serve us well.”

Back to my client. When asked who the OFs are in the firm, after some reflection they may indicate the support staff, or the IT department, or others that are not generating revenue. Eventually they get to the point where they may admit that people with certain demographic characteristics are more likely to be passed over. A look around the room of the senior executives with whom I’m working makes it clear that women and racial minorities are probably overlooked given that there are virtually none present among the group of senior executives with whom I am working.

The good and bad news is that unconscious bias affects everyone, regardless of race, creed, gender, sexual orientation or political affiliation. An African-American lesbian is as likely to have unconscious biases as a white heterosexual man. The target of the bias may differ depending on one’s background and experiences, but no one is immune from bias. For several years, psychologists at Harvard University and the University of Virginia have been studying the unconscious bias phenomenon. They developed a tool called the Implicit Association Test (demonstration available at www.implicit.harvard.edu) designed to assess how readily people associate concepts (e.g., white/black; men/women; young/old; Republican/Democrat) with positive or negative meaning. The researchers have been tracking the results from the thousands of people who have taken the test and many of the results are revealing, if not necessarily surprisingly. For example, for the test that measures people’s association to race, the results show that more than half of respondents show a moderate to strong automatic preference for white people over black people, compared to six percent of respondents who indicated a moderate to strong preference for blacks over whites. Results for other associations (e.g., women and family vs. male and career) can be found on the website.

So how do we address the challenge that bias presents in the workplace? For starters, we need to be clear that bias exists in each of us, and eliminating bias is a nearly impossible task. That said, we can become more aware of when we might be susceptible to our biases and be intentional about identifying our bias and understanding how and when it may impact decision making. Ideally, this is a conversation with others that are also involved in the decision, as when a group is making a hiring or promotion decision, for example. Oftentimes, however, we are unaware of our biases so it is incumbent upon us to solicit feedback. Even when we don’t recognize our own biases, more than likely someone else has. Therefore, asking for the feedback about our bias before we act in ways that can be perceived as discriminatory will serve us well. 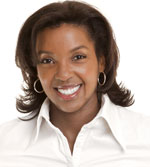 Erika James is an expert on two critical issues facing today’s corporate and political environments: crisis leadership and workplace diversity. Her new book, Leading Under Pressure: From surviving to thriving before, during and after a crisis reflects her career research on this topic.

This article has been sponsored by:
Communicating Across Cultures
Add a comment