The Future of Diversity Training 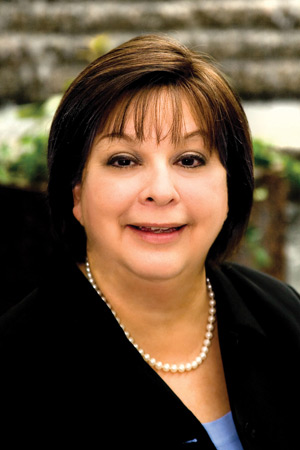 I’ve been a diversity practitioner for 13+ years and have been involved in some aspect of diversity training within each industry in which I’ve worked—property and casualty insurance, grocery retail, pharmaceutical, hospitality and healthcare.

Following the inauguration of our first black president I’ve heard many individuals comment that “diversity training” is no longer necessary. really? We are living through an enormous explosion of change around diversity and inclusion, not only in the u.S., but also globally. and, in my perspective, we are still confronted by diversity tension from well-recognized “isms,” and new diversity dimensions based on our ever-increasing panoply of diversity.

Consider, for example, last year’s presidential election. The campaign included a woman, an african-american, and a white male over 70. The election process included many debates over diversity dimensions which illustrated that “isms” were still a part of the fabric of our society—either in the form of ageism, sexism, or racism. The focus during the election wasn’t always on the candidates and the requirements of the position or their qualifications for office. Do you remember the fierce discussions about Hillary “crying” on the campaign trail and the constant focus on her hairstyle and wardrobe? Do you remember the heated comments about Barack Hussein Obama, his middle name and the perceived race/ethnicity assumptions made around his name which prompted some to question his ability (and loyalty) to lead the united States? and, although I wasn’t a McCain supporter, as a baby boomer, I came to his defense when others questioned his age and indirectly his health to assume the role of President. Clearly we are not beyond assumptions and stereotypes based on race, age, and gender to forego diversity training altogether.

And, let’s not forget the 2007 firestorm started by Don Imus’ disrespectful and degrading racist and sexist comments and slurs attacking the rutgers women’s basketball team. Did he really think a “mea culpa” that said we should all relax and “…not worry about some idiot saying something meant to be amusing…” was enough? It wasn’t, and his actions resulted in him losing sponsor support and ultimately his job. When individuals with a pulpit to influence millions make such startling comments freely, can we truly say we are done with diversity training and can fold up our tents and go home?

There are now four generations in the workplace, each with very different workplace expectations. Social networking is explosive and spreading internally and externally within our workforce, our workplaces, and our marketplace. Multigenerational diversity brings with it a focus on new technology (e.g., iPhones, BlackBerrys, IM’ing, texting, Tweeting, youTube), a new language (“r u there?” “omg – did u c that?”), new workplace norms (e.g., earphones connected to an iPod to block out office noise while working in a cubicle), and a vast array of legal considerations (e.g., the dos and don’ts of social networking when used in the workplace).

Companies are doing business globally, and that makes cultural competence a strategic imperative. Being culturally competent means that a person understands, and is highly aware of, the process of adaptation and how much they might need to adapt their behaviors around different business functions. For example, when managing Chinese subordinates, should a u.S. manager maintain a participative-oriented style that encourages self-empowerment, or shift more to a hierarchical, directive approach more common to Chinese business?

From my perspective, the importance of diversity training, education, and awareness—fluid and adapting to the myriad of diversity dimensions that continue to evolve—remains a strategic focus for 2010 and beyond. For all the transformation and change taking placing within our workforce, workplace, and marketplace, we all have so much more to learn.