Diversity Around the World

Global38 Management22
When we talk about “diversity” we often think about the USA. Why? Because this is where you find most books, networks and magazines about...

When we talk about “diversity” we often think about the USA. Why? Because this is where you find most books, networks and magazines about the subject. And legislation around diversity, or rather discrimination, came in to place as early (or as late, depending on the angle) as 1961. But diversity is everywhere and it is a subject in many regions and countries. The focus may be different, the laws may be different and the understanding of what “diversity” is may be different.

“Progress may not be at revolutionary speed, but we are coming to an understanding that diversity makes business sense and that the diversity of the world is at our doorsteps.”

When reading about legislative requirements on diversity in various countries, there seems to be one group that has prominence in most countries; people with disabilities. In large regions and countries like Canada, India and Europe, there is also attention around hiring and promoting women. Norway even has a quota of 40% women on boards for public limited companies. But from there on, which minorities receive the most attention vary like the world itself. In many places there is no legal steer, but there may (or may not) be an expectation – sort of an unwritten rule – of hiring minorities in both public and private sector. There are also different opinions on whether there should be a legal steer or not.

To give you an idea, I am inviting you to a brief journey around the world. Below you will find a selection of countries that have laws around disadvantaged groups of the population – other than women and people with disabilities (acknowledging that there may be more legislative requirements I have not come across in my search):

In several countries in the Middle East, there are laws around hiring more local staff (e.g. Qatarization), as the oil industry has brought in large numbers of expatriates.

I don’t think we have a country that has it all figured out, but I would like to highlight Singapore as a nation that is rather successful in mixing minority/majority groups and religions. Most Singaporeans are of Chinese, Malay or Indian descent. There are four official languages: English, Chinese, Malay and Tamil. Within this little space (694 km2/268 sq mi) people practice Buddhism, Christianity, Islam, Taoism and Hinduism. They celebrate all the various religious/festive days and show a respect for each other that is rather unique. Not that there is no tension or discrimination, but generally speaking it is a peaceful nation that has embraced its diversity. Alas, these are best practice examples.

Why do we need laws to promote recruitment or student intake of certain groups? This is a big question, but we seem to have a tendency to create in- and out-groups, on micro and macro levels, and you find it everywhere around the world in various degree. I will not go into the psychological reasons to why we have this tendency, the good news is that as humans we adapt and we learn. The fact that so many countries have legislation around diversity, is already a step forward, it means we are aware of the non-balance. Progress may not be at revolutionary speed, but we are coming to an understanding that diversity makes business sense and that the diversity of the world is at our doorsteps.

Simply said, achieving diversity and respect for people is a challenge all over the world, but there is also good progress going on around the world.

This article has been sponsored by:
NORSUN Diversity & Cross-Culture Consulting 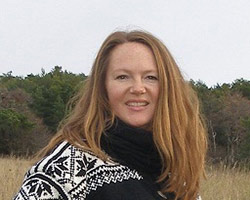 A consultant, trainer and co-active coach. She has more than 20 diverse years of experience from the oil industry, recruitment and customer relations. Sunniva is a diversity specialist and inhabits deep knowledge on working across cultures (www.diversity-and-cross-culture.com).