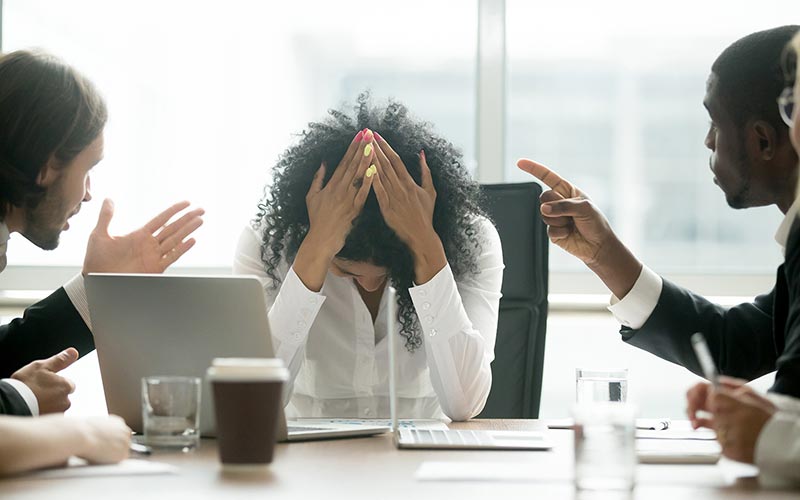 Two new studies paint an alarming picture: One shows a strong increase in xenophobia; the other shows that true attitudes towards women in management positions are much more negative than usual surveys indicate.

A study from the University of Duesseldorf (Germany) quantifies, for the first time, the “social desirability” factor for in the area of women in management. The researchers found that true attitudes were less positive than surveys usually suggest. This insight not only sheds new light on many diversity studies, including employee surveys. It may also cast a shadow over current data on growing xenophobia, in Germany for example.

What people really think about women in management

Prejudices against female leaders are more widespread than previously thought, for participants in surveys on sensitive issues sometimes respond dishonestly. The extent of the known phenomenon of social desirability is quantified by means of an indirect questioning technique to record the actual attitudes of respondents. This enabled researchers to show that significantly more people have reservations about female executives than direct questions suggest—37 percent instead of 23 percent!

The advanced survey format CrossWise is based on random encryption and guarantees respondents the confidentiality of their answers to questions on sensitive topics. When compared with conventionally collected results, this kind of survey shows that women are more inclined than men to respond in ways they believe will be more readily accepted by others. At the same time, women’s reservations about their “gender comrades” in management are significantly lower than men’s. The indirect survey method led to the following results in comparison to the traditional survey method:

It should be noted that this quantification of the effect of social desirability was specific to the questioning techniques used. Another survey method, the pencil-to-paper method, appears to be less susceptible in this regard. However, other factors can also influence the results of survey, scientists warn. It has, for example, been repeatedly suspected that the presence of latent and manifest xenophobic statements by politicians and other public figures in the media is likely to fuel negative attitudes in society. This is one explanation for the following survey results.

The latest survey wave of a long-term study on xenophobia in Germany shows that almost one in three Germans holds xenophobic positions, and that the devaluation of individual groups is growing. The researchers distinguish between the agreement to individual xenophobic statements (e.g., perceived alienation by Muslims, assumed exploitation of the welfare state, or anti-Jewish views) and so-called manifest xenophobia in the form of a consistent agreement with all statements that are regarded as xenophobic. The latter increased from 20.4 percent in 2016 to around 24.1 percent in 2018. Six percent of German citizens currently have a clear right-wing extremist view of the world. Although this figure has risen slightly, it is lower than the figure at the beginning of the longitudinal study in 2002, when it was 9.7 percent.

Rejection in the labor market, rejection of religious minorities, and advocacy of right-wing dictatorships

The Leipzig Authoritarianism Study 2018 (formerly called the Centre Study) provides insights into society’s basic attitudes towards a number of items:

Dr. Decker, author of the study, still sees “dangerous magnitudes of anti-Semitic thought patterns.” At the same time, the devaluation of other groups perceived as “foreign” or “deviant” has increased. Aggression against Sinti and Roma, asylum seekers, and Muslims continues to increase. Slightly more than half of the respondents (one third in 2010) feel like “foreigners in their own country” due to the (perceived) number of Muslims living there. Putting this into perspective, in 2009 there were an estimated 4.2 million Muslims in Germany, between 4.4 and 4.7 million in 2015 and about 5 million today—compared to a total population of 82 million.