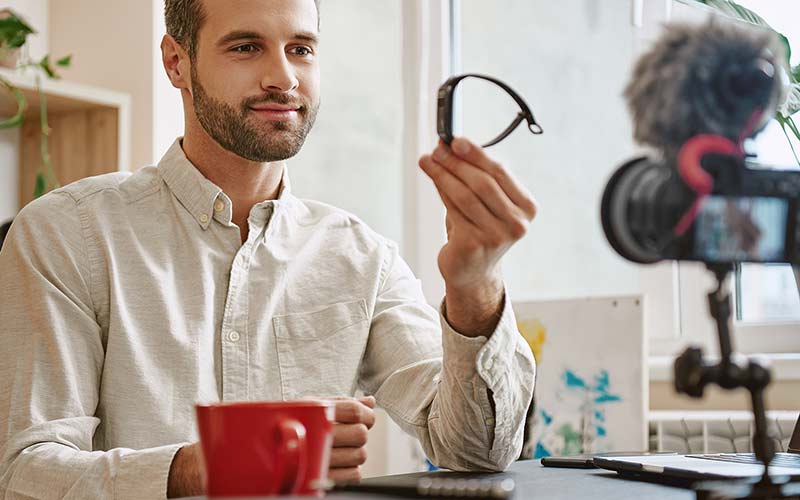 Empirical analyses of YouTube, Instagram, and online music videos show that the presence of women focuses on stereotypically feminine topics and formats, while overall, they are underrepresented. Companies can avoid a toxic spill-over of online gender bias into the workplace.

If you believe that men and women are similarly represented on, for example, YouTube, your perception equals that of young people. Eighty percent of 13- to 19-year-olds think that an equal number of males and females perform on YouTube. The reality is one woman for every two men. What could be even more worrying are the stereotypes that are perpetuated across all formats. As if this were not enough, experts also warn about the excessive posing and playing norms on social media that are seen to foster gender biases, such as the male self-marketing and mutual promotion tendency.

Think women, think beauty, fashion, and household? Think men, think gaming, comedy, and sports? What sounds like an outdated parody of black-and-white gender images actually summarizes the results of an empirical analysis of YouTube formats by gender. While 71 percent of women show themselves in a private context (and related topics), men position themselves more in public, and they cover many more fields and declare their online activities more often as “professional” compared to women. Experts found a stunning consistency of these gender-separating results.

Pressure to idealize yourself: boys fake more than girls

In a second study, gender dynamics on Instagram were analyzed, including the impact of influencers. A strong normative force was found in which influencers play a key role in reducing existing diversity within both gender groups (no third-gender or intersexual aspects were examined in this study). The analysis shows that girls who follow influencers consider it more important to be slim than their friends who don’t follow. Boys, on the other hand, are more inclined to optimize their online pictures according to gender norms: Wider shoulders, stronger arms or legs, or added six packs. The researchers point out that the original idea of Instagram, to capture the moment in a spontaneous and natural way, has been distorted.

While companies have implemented many meritocratic HR processes, most still struggle with gender biases embedded in unwritten rules that also influence the application of objective processes or tools. Some of the rules that have emerged in the online world are unfortunately fueling some of the still-existing implicit biases in corporate realities:

For YouTube, scientists have confirmed that “the structures of the medium (logic of the algorithm, expectations of the audience, financing possibilities) influence the content” as it relates to gender biases.

For many corporate processes, experts observe the exact same dynamics: Structural and cultural defaults are perpetuating gender biases which continue to result in uphill battles for women, while limiting the impact of superficial D&I initiatives.

The progress of past years can easily be eroded or reversed when gender biases are re-introduced through the online culture. It may or may not be a coincidence that offline images of digital natives include beards, burgers, and boasts for men versus flowers, skirts, and princesses for women.

Regardless of the hefty biases researchers found, there is one element that should be acknowledged going forward: Online platforms provide an almost equal opportunity for all, and it is largely up to the individual to grasp it. That includes deciding what to use the platforms for. Accordingly, the described studies talk about the “self-staging: of men and women—with the exception of music videos, where women are often portrayed in a sexualized way (53 percent of Top 100 videos show women without their heads).

One group was found to literally take advantage of online opportunities: Ethnic minorities are well represented on YouTube: 32 percent of female and 49 percent of male YouTubers analyzed were categorized “with a migration history” (= the vague equivalent for ethnic or racial or BAME minorities applied in Germany to consider waves of immigration over the past 50 years).

However, the mutual relationship of D&I and the digital transformation goes far beyond bias overspill, as the following article shows.